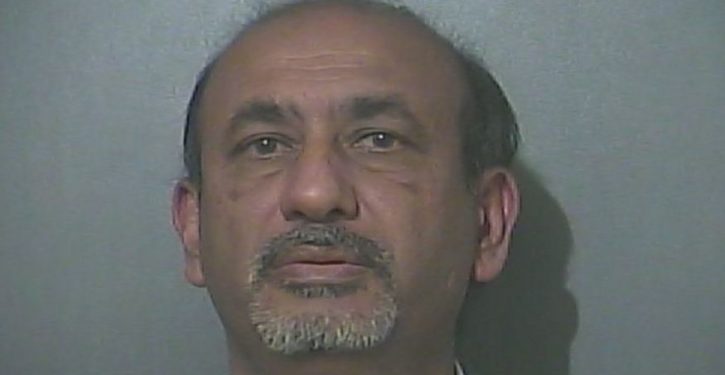 Like other forms of persecution visited on so-called protected classes in twenty-first-century America, Islamophobia lives mostly in the minds of liberals and those they would seek to defend. People like Azhar Hussain, an assistant professor at Indiana State University, who claimed he was the target of hate emails threatening violence against him because of his Islamic faith. The threats culminated on the morning of March 24 when, Hussain claimed, he was physically assaulted as he was entering his office in the College of Technology. He told police that he was attacked from behind and thrown to the ground.

“He said he had not seen his attacker, and no words were spoken,” according to the Tribune Star. But the story began to fall apart almost immediately. Campus police questioned four people in the vicinity, and none of them was able to corroborate Hussain’s story, adding that they had seen no suspicious activity or people.

A joint investigation by campus police and the Cybercrime and Investigative Technologies Section of the Indiana State Police followed, during which investigators were able to track the computers from which the emails originated back to Hussain himself.

On Friday, Hussain was arrested on charges of making false reports of threats against him and an attack that authorities say did not happen.

Hussain, 56, faces a felony charge of obstruction of justice and a misdemeanor charge of harassment. He was booked into Vigo County Jail … and is scheduled for a Monday appearance in Vigo County Superior Court 6. Bond has been set at $10,000 cash.

The university on Friday said Hussain had been notified recently by Provost Mike Licari that he would not be reappointed to his faculty position beyond the 2017-18 academic year due to his inability to fulfill the conditions of his original appointment.