A newspaper in Colorado has yet to retract a letter to the editor it published suggesting state residents would be “intelligent” to act violently against oil pipelines in their communities.

The Boulder Daily Camera posted a letter to the editor April 19 that citizens have a moral obligation to destroy pipelines and eliminate oil jobs if they violate the sensibilities of Colorado residents. Editors altered the piece after publication but left the writer’s basic thesis in place: Violence may be the only way to prevent pipeline construction.

“If the oil and gas industry puts fracking wells in our neighborhoods, threatening our lives and our children’s lives, then don’t we have a moral responsibility to blow up wells and eliminate fracking and workers?” Andrew O’Connor wrote in a letter to the paper’s editors.

The letter was edited the following day to read “Don’t we have a moral responsibility to take action to dissuade frackers from operating here?” The Camera’s editors did not include an apology for its edits.

O’Connor’s piece is worthwhile, the editors noted, because it brings up philosophical ideas that are important to consider when discussing fracking.

His letter still claims, “fracking equals murder” and says blowing up gas lines would be the “intelligent” move. O’Connor implies using violence against pipeline companies is a matter of self-defense.

The Camera has not yet responded to The Daily Caller News Foundation’s request for comment.

Similar situations have propped up in the past. Pennsylvania newspaper The Daily Item, for instance, apologized in 2015 for publishing a letter threatening violence against former President Barack Obama.

“We bungled the Obama attack letter,” the central Pennsylvania paper wrote. Letters are normally screened for “offensive language and ad hominem attacks” and there was “no excuse” for publishing threats of violence, the editors added. It was later deleted from the outlet’s website.

Activists have advocated using all manner of tactics against pipelines in Colorado for more than a year. TheDCNF obtained emails in 2016 showing environmentalists were recruiting protesters willing to get arrested for demonstrating against hydraulic fracturing.

An environmentalist group calling itself “Break Free Colorado” sent emails to anti-fracking protesters and other demonstrators asking those “willing to risk arrest, nonviolent direct action” to attend seminars teaching them how to get arrested.

Instructors at the group’s training seminars were tasked with teaching anti-fracking protesters how to engage in non-violent civil unrest tactics that lead to arrests.

“Here in Colorado, people are taking action to defend our communities from the dangers of fossil fuel extraction on our lands,” the email adds. “We are sending a strong message to our state leadership that we must break away from fracking our public lands and communities!” 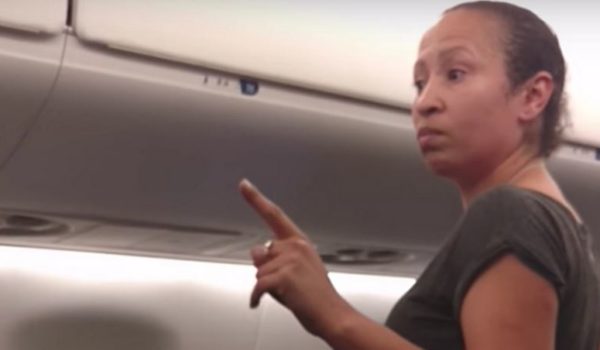