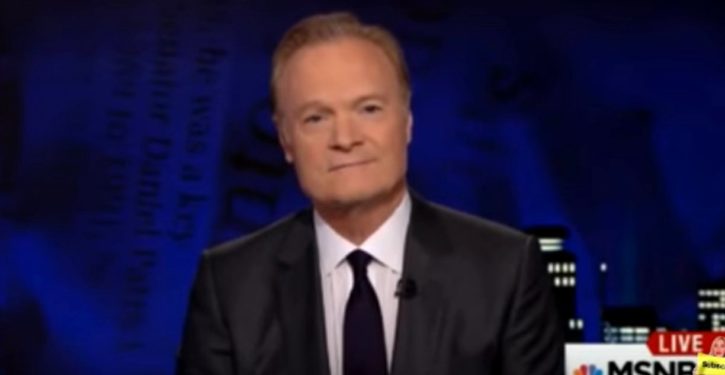 Just when it seems like the general media meltdown can’t get meltier, along comes more melt.

I’m not a Putin fan myself, but I never suspected him of actually orchestrating the chemical weapons attack in Idlib Province on 4 April.  At most, I thought he might have turned a blind eye to it.  Failed to rope in his client Bashar al-Assad.  Which is bad enough, but argues cynicism on Putin’s part, rather than his being a psycho.

Apparently, however, MSNBC’s Lawrence O’Donnell subscribes to the “psycho Putin” theory.  It’s not clear how he relates Putin’s imputed psychopathy to Trump himself; i.e., whether O’Donnell thinks Trump would approve of what Putin has supposedly done, or be happy to collude in such a demented project.

But the supposition about Putin is utterly unhinged, and O’Donnell also buys the ever-shifting theory of the MSM about “Trump-Russia collusion.”  So we can guess he doesn’t excuse Trump from his deranged postulate.

NewsBusters has the story (emphasis original):

Lawrence O’Donnell’s wild theory, recklessly speculated on Rachel Maddow’s MSNBC show on Friday, [is] that Vladimir Putin “might have orchestrated what happened in Syria this week” to benefit “his friend in the White House,” Donald Trump.

How would gassing dozens of Syrian civilians, putting children to gruesome and torturous deaths, “benefit” Trump?

The money quote from O’Donnell:

LAWRENCE O’DONNELL, MSNBC: Wouldn’t it be nice if it was just completely, totally, absolutely impossible to suspect that Vladimir Putin orchestrated what happened in Syria this week, so that his friend in the White House could have a big night, with missiles and all of the praise he has picked up over the last 24 hours?

Wouldn’t it be so nice if you couldn’t even in your wildest dreams imagine a scenario like that?

But I don’t think it’s a zero percent chance, and it used to be with every other President besides Donald Trump.

A “big night with missiles and praise.”  Apparently they don’t understand, over at MSNBC, this thing that the big people all know.  Whatever your mind goes to first — that’s about you, not about the person you’re trying to denigrate.

I am by no means an unalloyed fan of what we just did in Syria.  There’s no inevitable consequence from the strike itself, but there are inevitable consequences from failing to (a) state the broad outlines of a fully-formed policy on Syria; (b) give broad indication of what the resulting strategy there is to be; and (c) get buy-in from Congress.

It’s time to get back on an accountable footing with a new Authorization for the Use of Military Force (AUMF), at the very least.  We’ve got too many Marines in Syria to keep saying this is all about hunting international terrorists or stabilizing Iraq.  Declaring your policy intentions isn’t tipping your hand or losing the element of surprise; it’s shaping the politi-space for national power, and using power accountably.  It’s what statesmen do.

I’m not satisfied on this point yet, and I don’t want to see any more major “one-offs” in Syria until I am.  International borders still have meaning — as Trump himself is trying to emphasize with enforcement on our own border.

But it seems to be an emblem of our lunacy-first times that sane, principled criticism is so hard to find, at least on the big podium.  (Howard Portnoy demonstrated this rather nicely right after the strikes.)

For my money, the American people, in their homely, yo-dude way, are making a better job of criticizing the Syria strikes than the media are.  I think some of the people are flat-out wrong in the way they frame the matter.  But even those folks get the two most important things.  If you tromp around ignoring borders, just because it’s easier, you better be ready to enforce them with hot lead when someone else gets a notion to do the same.  That can get expensive.

And force has its own logic: once you respond with it, switching to another logic may be well-nigh impossible.  You pull it, you better grab the initiative.  Waiting on tripwires is leaving the other guy in the driver’s seat.

Lawrence O’Donnell can get away with ignoring reality, because the infosphere imposes no penalty on being stark raving bonkers.  O’Donnell will pay no real price for wishing away logic.  But America can’t afford to.

Tweet of the Day: Never concede that Neil Gorsuch is a legitimate member of the Supreme Court
Next Post
Buyer’s remorse sets in among many Trump voters following military intervention in Syria 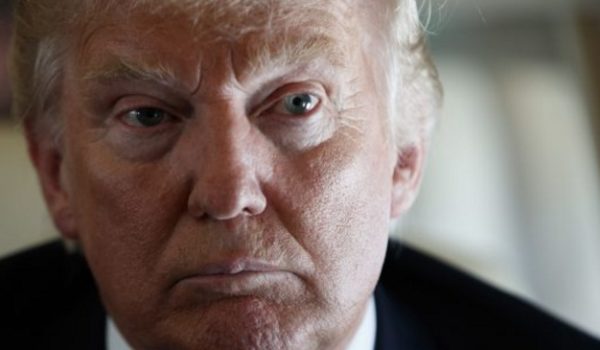