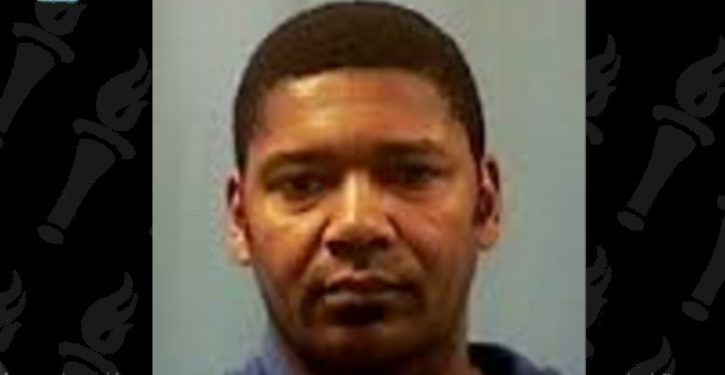 A Department of Veterans Affairs (VA) hospital held a job open for its accountant while he served a prison term for killing a man. The VA also hired a convicted child molester, then kept him on the rolls as a health aide while he repeatedly reoffended, The Daily Caller News Foundation’s Investigative Group has learned.

Kevin Kenja Campbell, the health aide, pleaded guilty to felony sexual abuse of a minor in 2002, according to court records reviewed by TheDCNF. He was later hired at the Anchorage, Alaska, VA. Multiple employees of the hospital said he was subsequently arrested for stabbing a man with a bottle while skipping work, and that the department kept him on the payroll while he went back to jail.

Court records show that in 2001, Campbell was charged with harassment and family violence, and assault in January 2004. He pleaded guilty to DUI in November 2004. He was charged with failing to register as a sex offender in 2005 and in 2009 with an alcohol offense.

In January 2015, he was charged with family violence yet again for assault in the presence of a child, and pleaded guilty to disorderly conduct. In February 2015, he was charged with felony assault, drug possession, and failure to register as a sex offender. He pleaded guilty to misdemeanor assault in 2016 to resolve that case.

Campbell could not be reached for comment. VA spokesman Randy Noller refused to provide the dates of Campbell’s employment but said he is not a current employee. Federal pay records show he drew a salary between at least the years 2010 through 2015.

Noller said the convicted killer, Michael N. Alvin, is still on the government payroll. Alvin works as head accountant at the same federal hospital, which held his job for him while he was in prison and promoted him after his release.

The VA employee union local president at the time, Kevin McGee, admitted to intervening to make it happen. “I said give him a chance, why not,” McGee told TheDCNF. Managers of the VA facility acquiesced.

Alvin “left a man for dead that he hit while driving drunk,” said Tammy Schuyler, who replaced McGee as union president. Another employee said Alvin was unrepentant: “He’s as arrogant about it as anyone I’ve ever met. Not ashamed that he killed a guy.”

Court records show Alvin was charged with manslaughter in 1996 and took a plea deal that resulted in a conviction for criminally negligent homicide. He was released by 2000, but in 2003, prosecutors accused him of violating his probation.

In addition to working as an accountant for the Anchorage VA, Alvin served as vice president of the local American Federation of Government Employees (AFGE) union and also operated a side firm that did the union’s taxes. The union was faulted for tax problems and its president, McGee, was convicted of fraud. But the VA did not fire McGee.

The Department of Labor says that under federal law:

Conviction for several types of crimes will bar a person from serving [as a union officer], including but not limited to the following examples: Generic criminal offenses; specifically, murder, assault with intent to kill, assault that inflicts grievous bodily injury, rape, arson, extortion, burglary, grand larceny, robbery, bribery, embezzlement” and “any crime that is equivalent to the above crimes … The bar ends 13 years after conviction.

AFGE union spokesman Tim Kauffman had no response when provided with records documenting Alvin’s conviction and his union role less than 13 years later. Alvin did not respond to a request for comment.

Noller didn’t acknowledge any bad hiring judgment, simply saying it “operated within the confines of OPM policies and guidance and complied with federal regulations and hiring practices.”

The VA’s current union contract requires the department give priority to current or former federal employees, including those previously fired–even over veterans–when filling many jobs.

The department employs numerous child molesters, rapists and kidnappers, but justified the practice by saying only those who have turned their lives around are hired. Three sex offenders currently being sought by the local police list the Detroit VA as their work address, but a spokesman for that facility refused to provide information, citing federal employee rights.

The VA has spent significant sums on its “ICARE” initiative, convincing veterans that it accepts only employees who “care about choosing ‘the harder right instead of the easier wrong.’”

AFGE has kept workers charged in deaths on the government payroll with little pushback from management, including Fredrick Kevin Harris, who collected a check from his jail cell while awaiting manslaughter charges in the beating death of an elderly veteran.

The VA contended the death was an accident, but witnesses, the coroner and prosecutors all found clear evidence otherwise.

Mike Pence won’t have dinner with any woman but his wife: The movie
Next Post
Senate refuses immunity request for Flynn