There’s a whole lot of in-depth analysis out there on the substantial evidence and reasoning behind the charge that the Obama administration was spying on the Trump campaign in 2016.  Some of it is mine.

I think we’ve all done good work.  My hat is off to the many analysts, journalists, and bloggers who’ve built a case for President Trump’s Twitter allegation of 4 March.

We may need all that background down the stretch somewhere.  So don’t lose track of it.  But one of the hardest-working analysts pointed something out on Monday that effectively short-circuits the TrumpRussia-election theme (supposedly the pretext that justified any spying the Obama administration, in its righteous wrath, might have felt to be necessary).

The analyst is Andrew McCarthy, and the “something” is this point, made in his post at NRO:

Here’s the most interesting part: Now that they’ve been called on it, the media and Democrats are gradually retreating from the investigation they’ve been touting for months as the glue for their conspiracy theory. It’s actually quite amusing to watch: How dare you suggest President Obama would ever order surveillance! Who said anything about FISA orders? What evidence do you lunatic conservatives have — uh, other than what we media professionals been reporting — that there was any investigation of the Trump campaign? …

While all this head-spinning legal jibber-jabber goes back and forth, the foundation of the false narrative we’ve been hearing since November 8 has vanished.

Basically – yeah.  LU contributor Jeff Dunetz got a shout-out from Rush Limbaugh on Monday for his documentation of McCarthy’s point.  Jeff highlighted how New York Times reporter Michael S. Schmidt lambasted Trump’s wiretapping claim as being “offered without evidence” – when it was Schmidt himself who made one of the most widely-cited reports, on 20 January, that the Obama administration was “examining intercepted communications”* relating to Trump and his campaign.

On the local ABC news broadcast here, the anchor gamely read the ABC copy on Trump’s wiretapping allegation, informing us with a dazed-but-determined smile that President Trump made his “astonishing” claim without offering any evidence.  Clearly, that’s the new theme.

Poor Fox News, trying to walk its chosen tightrope – still speaking within the framework of the mainstream-media orthodoxy, even though that has become a tale told by an idiot – gave serious consideration to the question whether there was evidence for Trump’s claim.  Points for keeping a straight face, guys.

But: of course there’s evidence.  Right?  If there’s not, what has all that media reporting on “investigation of Trump associates” been about for the last eight months?

This has been the uncanny genius of Trump all along.  While the serious and well-researched are off arguing their case, he puts on paint and some feathers, roars straight at the enemy line, and spikes its guns.

The long and short of the TrumpRussia-election line of attack is that the Obama Democrats can’t run it without implicating every unsightly thing the Obama administration did to set it up.  There won’t be any escaping the light of day, for those actions.  They’ll all be up for inspection.

So here’s what just happened:  Trump called their bluff.  He holds the higher card, which is the revulsion Americans feel about the possibility that he was spied on.  If the people actually agreed with Obama that it was a good idea to spy on Trump, we’d all know that at this point, and things would be different.  The momentum would be against Trump, and the media would be pressing an advantage at this very moment, instead of backpedaling.

But they’re backpedaling.  They’re busy dismantling the only semblance of a case they have against Trump; i.e., the implication that because things possibly related to him were “being investigated,” there must be something there.  Suddenly, with Trump’s indignation about wiretapping in the picture, they can’t repudiate that vague “being investigated” theme fast enough.

Trump took the unexpected shot, and revealed the inherent weakness of their position.  Because they have no evidence — if they did, we’d know it by now — they can only keep their campaign going by keeping it in the realm of innuendo and drive-by impressionism.  There isn’t anywhere for this thing to go now, while the data point fresh in everyone’s mind is a certainty: i.e., that Trump was, in fact, being spied on.  If he was, then somebody had better come out, PDQ, with some damning evidence to justify that spying.

There will be some more shouting for a while, but it probably won’t be a long while.  Trump’s opponents will have to regroup.

I know a lot of people will still want to have Obama’s (and his subordinates’) actions investigated.  That discussion is for another post.  The investigation would be in the nature of an after-action inquiry, more than a way of shutting down the “deep state” campaign against Trump.  That campaign is already in disarray tonight, because Trump didn’t play it the way he was supposed to.  He went straight for the deep state’s center of gravity: its option to remain “deep,” while still being in a nexus with the media.

The deep state actors’ maneuvers weren’t supposed to come up for public judgment.  They were just supposed to result in impugning Trump.  But they have come up for judgment, and it’s their MSM collaborators who are blinking.  There’s more than one way to stop a charge, and it looks like Trump has just stopped one, while the rest of us were busy prepping the battlespace.

On to things that matter, like repealing Obamacare, rolling back regulation, rebuilding the military, and reforming the tax code.

* Worth noting: the wording of this indicates, NYT‘s headline notwithstanding, that the source of the intelligence was probably not literal “wiretapping,” which refers to focused collection against an individual target.  The generic reference to “examining intercepted communications” would comport more exactly with what I discussed in the 6 March post (first link); that is, retrieving data from calls or emails, etc., previously recorded by NSA under a separate (probably unrelated) national security pretext. 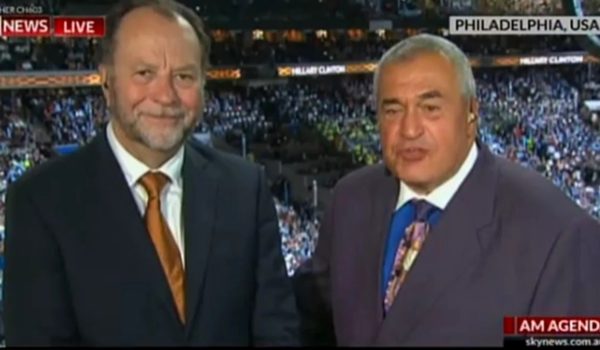