She wasn’t entirely clear on whether Trump had actually come to her $100 million cliff-side estate in Malibu and held her at gunpoint until she choked down fattening foods against her will.

Here is what she did write:

Donald Trump is making me gain weight. I start the day with liquids, but after the morning news, I eat pancakes smothered in maple syrup!

Naturally, her tweets prompted a great deal of well-deserved scorn. Here are a few:

Streisand actually may have a good reason to binge. Seems she’s thrown hundreds of thousands of dollars away on Democratic candidates.

The singing idol and actress last month sent $1,500 to the North Carolina Senate campaign of Deborah Ross, who is in a tight race with two-term Republican Sen. [score]Richard Burr[/score] that could determine which party controls Congress’ upper chamber for the next two years.

Streisand has long been a reliable donor to Democrats. Since 1991, she has contributed at least $791,660 to congressional and presidential candidates, as well as party committees, according to the Center for Responsive Politics.

Despite Streisand’s money, Burr beat Ross last November by 51% to 45%.

“Apparently you can’t see the real damage that Trump is doing to the nation unless you step on a scale,” Twitchy quipped.

SCOTUS will not hear case on transgender bathroom rights
Next Post
Cartoon of the Day: Spying vs spying 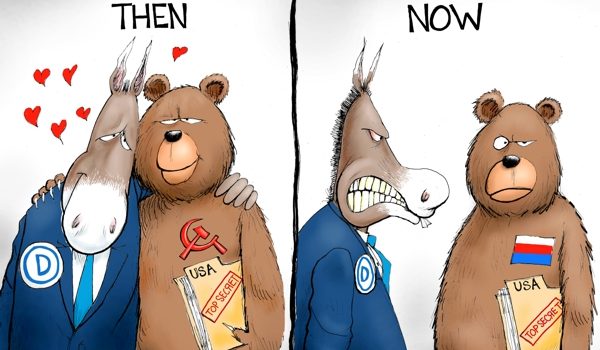