Chinese Ambassador to the U.S. Cui Tiankai requested a meeting with Hillary Clinton’s top aides in January 2016, according to an internal email circulated among the former Secretary of State’s senior presidential campaign officials.

“Chinese Ambassador Cui invited me over to the residence Tuesday for a coffee and to make a request. He wants to have an informal, private, off the record get together with a few of us to discuss the next year and the current state of US-China affairs,” wrote Clinton campaign aide Kurt Campbell in the Jan. 7, 2016, email.

“He asked me to host a social meal at my house in the next month. He was fairly insistent and indicated that he wanted to pass along some perspectives. I told him I’d reach out to you all to see about your judgement on this and possible availability. I’m happy to make some chili and cornbread by the fire but let’s first decide whether this makes sense. Please let me know your thinking,” Campbell said.

The email is one among hundreds to and from Clinton national campaign chairman John Podesta made public by WikiLeaks during the 2016 election cycle.

Emails from The Daily Caller News Foundation Investigative Group seeking comment from recipients of Campbell’s message were opened but no responses were received. The Chinese Embassy’s spokesperson did not respond to TheDCNF’s request for comment.

Flynn resigned Monday following revelations that he gave Vice President Mike Pence incomplete details about a Dec. 29, 2016 telephone conversation he had with Russian Ambassador Sergey Kislvak. Flynn first told Pence that nothing was discussed in the conversation regarding U.S. sanctions against Russia. After it was learned that secret transcripts of the conversation recorded by U.S. intelligence agencies revealed discussions of sanctions-related issues, Flynn was asked by Trump to resign.

Other Trump aides reportedly had contacts with Russian intelligence during the 2016 campaign, but Trump emphatically denied during a Thursday news conference that he has any connections or business interests in Russia. Democrats and some Republicans in Congress have called for a congressional investigation of Flynn and related issues.

But the Chinese ambassador’s request suggests meetings between presidential campaigners and foreign officials may not be as unusual as suggested by news media reportage on Flynn.

Clinton links to Chinese officials and interests are not new. The Daily Caller reported Aug. 11, 2016, that a “Clinton Foundation donor’s financial activity was suspicious enough for FBI and Justice Department officials to meet earlier this year to consider opening an investigation into the Clinton family charity,” adding:

And while the donor has not been identified, details from a CNN report about the meeting raise the strong possibility that the individual is a Chinese billionaire who gave the Clinton Foundation $2 million in 2013 and also contributed $120,000 to Virginia Gov. Terry McAuliffe’s gubernatorial campaign that same year.

That donor is Wang Wenliang, a former delegate to the Chinese parliament. He controls several Chinese firms, including Rilin Enterprises and Dandong Port Co.

According to CNN’s report, the FBI considered investigating the Clinton Foundation after a bank flagged one of the charity’s donor for ‘suspicious activity.’

President Bill Clinton’s 1996 re-election campaign received millions of dollars in illegal contributions from a wealthy Chinese donor that were channeled through the Democratic National Committee, according to a Senate Committee on Homeland Security and Government Reform report. 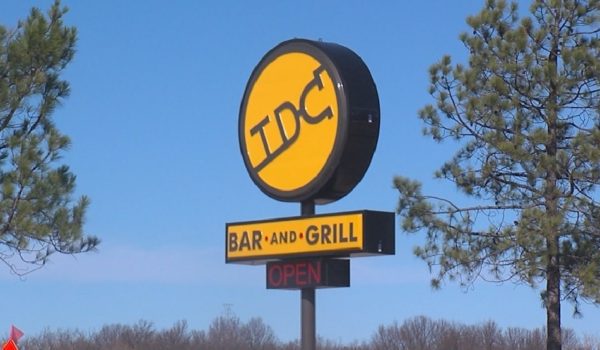 Oops! Tulsa restaurant fires workers for failing to show up on ‘A Day Without Immigrants’
Next Post
Reparations by any other name: U. of Wisconsin students want free tuition, housing for black students