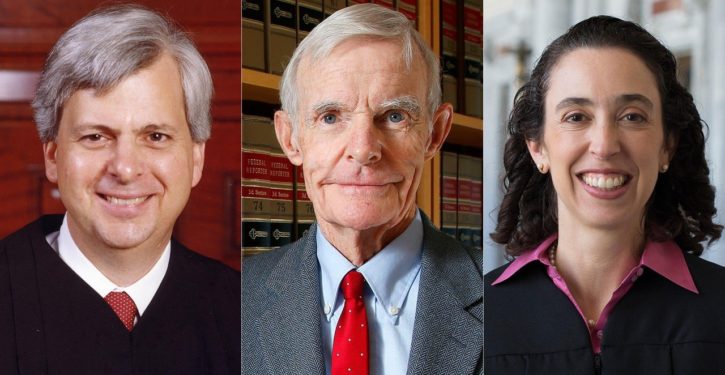 The main takeaway from today’s decision is that the federal courts are now manned with enough political judges to prevail against a president who has taken a legal, constitutional action.

See the links at the second link above: there is no question that Trump was acting within his authority to order the suspension of refugee admissions from the seven threat countries.  LU contributor Jerome Woehrle pointed out the ways in which the district court judge, James Robart, violated longstanding judicial interpretation and precedent.  In fact, Jerome argued, Robart’s ruling had little apparent basis at all.  And yet that’s the ruling the Ninth Circuit Court of Appeals upheld.

I’m just hearing on Fox News that the Ninth Circuit ruling — which I haven’t seen published yet — took a peculiar premise: that although federal courts have uniformly agreed that a presidential action like Trump’s is not reviewable, that doesn’t mean it isn’t reviewable by the courts.

Since no rights of American citizens are at stake, and no question at issue on what the president’s powers are, the implication here is that the courts are empowered to have an opinion different from the president’s on national security matters.  That is a political, not a judicial judgment.  Only Congress, according to Article III Section 2 of the Constitution, can expand the authority of the courts in such a way.

That said, we should wait until the ruling is published to comment further.  Trump will of course take this to the Supreme Court.  He tweeted as much a short time ago.

SEE YOU IN COURT, THE SECURITY OF OUR NATION IS AT STAKE!

Just a few brief comments.  One, if the Supreme Court takes this appeal up in the current session, we’re likely to get a 4-4 tie, which would thus leave the Ninth Circuit ruling to stand.  The left doesn’t care about this, but that would be a terrible outcome for the rule of law.  It’s egregiously bad jurisprudence, and yet it would stand by default.  (Note, it wouldn’t be any better if Merrick Garland had been confirmed.  He’d just rule with the four left-wing justices and make the ruling 5-4, and bad law would still prevail.)

Two, the American people will not agree to simply be led as sheep to the slaughter by this outcome.  It is very dangerous to remove from the people all hope of the rule of law prevailing, and their justifiable expectations being upheld.

Three, the reality that our courts are so unreliable now has been exposed, in an attention-grabbing way that people will understand, perhaps even better and more broadly than they understood the bad Obamacare ruling on the insurance mandate.  And the “winners” in the ruling have taken the mask off entirely, and are prancing around gloating about their victory over the clear will and obvious security interests of the American people.  The opponents of Trump’s order quite evidently want to act against our security interests, and are thrilled that two courts have ensured that that will happen.

President Trump, on behalf of the millions who voted for him, is trying to do what he can under the law to address one of our biggest security problems: lack of integrity in our immigration policies.  And there is a big segment of the American population actively seeking to thwart the effort at better security and greater integrity.

That segment, under banners of incoherent emotionalism, is actually excited to have lawlessness prevail.  It’s very sad to watch, because no one’s constitutional rights can be reliable, as they should be for all of us, when lawlessness prevails.

If our borders aren’t protected, and our immigration policies judicious and sound, our laws become unenforceable.  If laws don’t mean what they say — if judges keep suddenly reinterpreting them — they can’t be enforced in a reliable way that allows the people to go about their business, unburdened by constant worries about their lives and property.  It isn’t possible to take a jackhammer and blowtorch to the law, and then expect it to protect you later.  No matter who or where you are, you won’t be immune.  Sooner or later, the consequences of lawlessness get around to everyone.

One final note:  until now, I have never thought it was necessary to curtail legal immigration.  I’m a fan of immigration, and in fact have always said we should expand legal immigration at the same time we enforce our border and curtail illegal migration.  I think it’s a positive thing as well to give refuge to people who legitimately need it — although there are also other, equally compassionate and effective ways to help refugees.  Nothing in the moral law of God or men compels us to import refugees when we can give them comfort and hope somewhere else.  (If there were such a compulsion, we would have no excuse for setting any limits on refugee admissions, or even making a pretense of vetting them.  Our obligation would be to let everyone in, no matter what the consequences to us.)

But after today’s ruling, I’m going to have to give serious consideration to the bill just introduced in Congress to cut legal immigration substantially.  If that’s the only way left to exercise lawful control of our immigration policies, then we’ll have to take it. 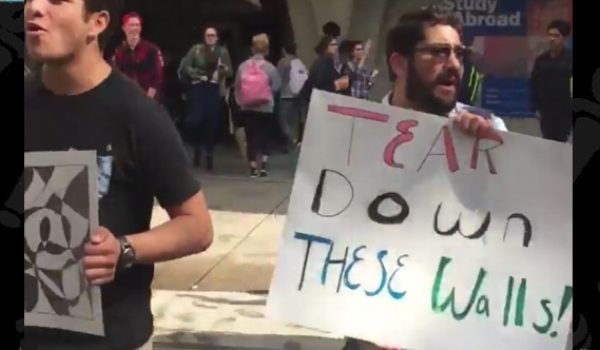 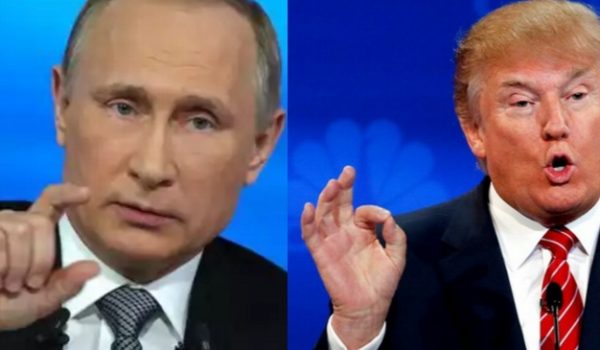