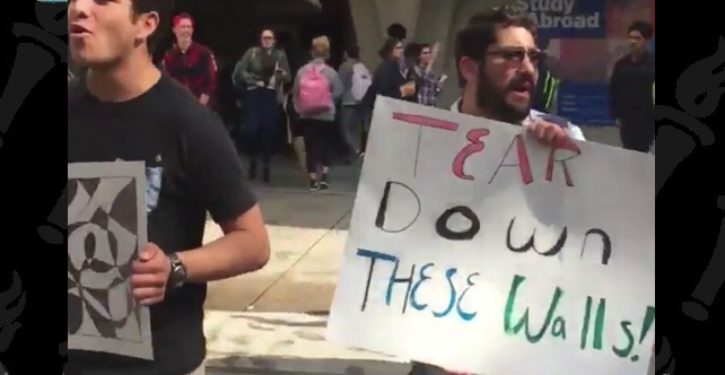 What began as a peaceful protest against President Donald Trump and his “America First” policies turned ugly and violent Wednesday as a leftist professor reportedly punched a pro-Trump counter-protester in the face after trying to take a pro-Trump sign out of the hands of another counter-protester.

The alleged victim of the assault is a member of the College Republicans. The group is apparently unaware that the First Amendment applies only to liberal crybabies and that any action they take to deny conservatives free speech is justified.

According to The Washington Times, the alleged assailant is a part-time lecturer in anthropology named Eric Canin. The alleged victim, Bryce Ignalls, stepped between Canin and fellow club member Jared Lopez as Canin attempted to rip a sign from Lopez’s hands. That is when Ignalls was struck by Canin.

The group’s president, Chris Boyle, said he witnessed the hit and proceeded to restrain … Canin until police arrived.

“It’s unfortunate that young Republicans and College Republicans can’t take their safety for granted on campus and get attacked for their views,” he added. “I felt shocked that this kind of violence could take place on our campus.”

…Canin told [the student newspaper] The Daily Titan that he “did not touch anyone” and that the College Republicans “making fun of him” sparked the altercation.

“I ran into those bicycles and they started laughing,” he said. “I lost it and I started screaming and they grabbed me from behind and my stuff went flying everywhere.”

…Canin said he’s “confident any video would exonerate” him.

So far no video that has been made available is one that reports the aftermath of the confrontation. 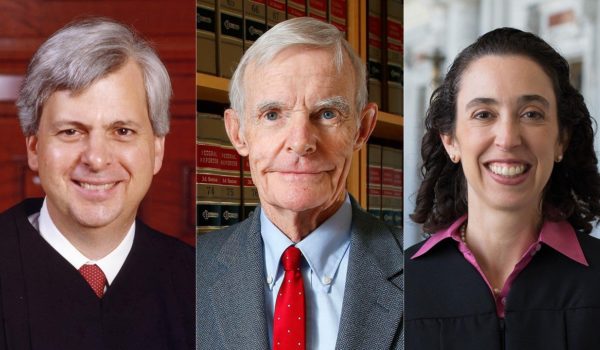