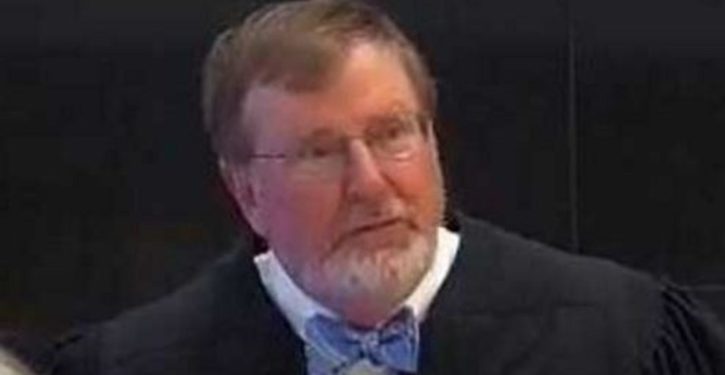 Immigration laws have long treated different countries differently. For example, a citizen of France can travel to America without a visa — but not a citizen of Poland. But a Seattle judge has blocked President Trump’s executive order restricting entry from seven violence-wracked or terrorism-supporting countries, suggesting (without explanation) that it violates the Constitution. Judge James Robart’s order has no legal basis, and barely pretends to. It is a bizarre ruling from a bizarre judge.

Judge Robart’s Friday order against Trump sheds little light on his thinking. But at an earlier hearing on Washington State’s motion for a temporary restraining order, he asked what rational basis the government had for restricting entry from the seven countries covered by Trump’s order: Iraq, Iran, Syria, Sudan, Somalia, Libya and Yemen. As NPR notes, these seven countries were previously singled out by Congress for milder restrictions on visas. Congress did so after terrorist attacks in Paris and San Bernardino, in a 2015 law tightening up the Visa Waiver Program that was signed by President Obama. Critics argue that there was no rational basis for restricting travel from these countries but not other countries in the Middle East, such as Saudi Arabia. This argument is silly, since America has deep economic links and security ties with Saudi Arabia that it lacks with the seven countries subject to the 2015 law and Trump’s executive order. America need not antagonize a key ally when it takes steps to increase border security. Perhaps for this reason, Judge Robart’s order in State of Washington v. Trump does not even make this argument, simply suggesting that for some unexplained reason the executive order may violate the “Constitution.”

To cover up the embarrassing weakness of Judge Robart’s temporary restraining order, reporters at the Washington Post and elsewhere have trumpeted the fact that Robart was nominally appointed by President George W. Bush. They have done this to suggest that his ruling must have merit, because otherwise he would not have ruled against a President of the same party as the man who appointed him. But this is misleading, since Robart is a “staunchly liberal” judge whose appointment was “effectively forced on Bush” by liberal Senator Patty Murray in 2004, when Washington State had two liberal Senators.

The media ignores the fact that Robart’s appointment as a federal judge was championed by liberal Senators like Patty Murray (D-Wash.), who used Senatorial custom allowing senators to veto Presidential appointments of trial judges to obtain the appointment of liberal trial judges like Robart in Washington State. An April 13, 2005 press release by Murray touts Robart’s appointment as the “bipartisan” result of using a state commission to select federal trial judges in Washington, whose appointment Bush then rubberstamped. This Senatorial veto power, known as the “blue slip,” is an old tradition, dating back to at least 1917, that lets senators have a say on which trial judges are appointed to courts in their home state.

When Obama was president, the media did not do this. They would not cite the fact that Obama appointed a judge to suggest that the judge’s ruling against Obama had merit. When Judge James Boasberg ruled against the Obama IRS, few news stories mentioned the fact that he was a liberal Democrat appointed by Obama himself. When Judge Amos Mazzant issued an injunction against Obama’s overtime rule, most of the media either did not report the fact that Mazzant had been appointed by Obama; or if they did, they also suggested that he was a conservative judge, because Republican Senators in Texas used their “blue slip” privilege to block Obama from appointing liberal trial judges in Texas.

Even critics of Trump’s order have found Judge Robart’s order senseless. As one put it,

Judge Robart’s temporary restraining order … may make things even worse in the long run, and had no basis in law. The judge’s temporary restraining order is harmful — it bans giving priority in asylum claims to Yazidi and Christian applicants, even though they are the ones who face a high risk of being killed in Iraq and Syria. (It bans ‘proceeding with any action that prioritizes the refugee claims of certain religious minorities,’ see Order at pg. 5, paragraph 1). This ban is perverse, because under U.S. law and international treaties, asylum is SUPPOSED to be given to members of groups facing persecution based on religion, and the threat of genocide faces only certain religions. The judge provided NO REASONING AT ALL for his assertion that the constitution might be violated by the executive order, and lawyers like Scott Johnson have noted that the judge’s order had no real legal basis.

As another observer pointed out, Judge Robart has a history of strange rulings:

Judge Robart, the oddball judge who issued that TRO against the executive order, is the same guy who issued the bizarre college sexual assault ruling that Robbie Soave wrote about earlier at Reason Magazine.

He ruled a falsely-accused male student could not depose or obtain relevant documents from the female student who got him expelled because that would traumatize her (never mind that it was SHE who performed a sex act on him when he was blacked out, meaning that if anyone was guilty of sexual assault it was HER). Reason’s article about it can be found here.

…Robart also bellowed “Black Lives Matter” in open court, as the Daily Caller noted (in a context in which it made little sense).

Robart’s “Black Lives Matter” utterance came in the context of a hearing about the Seattle Police Department. Robart apparently believes that when blacks are arrested or shot by police at higher rates than whites, that is proof of police racism. That politically-correct belief is at odds with statistical reality, and it was rejected by the Supreme Court in United States v. Armstrong (1996). That ruling rejected the “presumption that people of all races commit all types of crimes” at the same rate, because it is “contradicted by” reality. For example, Wikipedia notes that the murder rate is eight times higher among blacks than among non-Hispanic whites. The FBI reports that more than half of all murders are committed by blacks, who are just 13% of the population. Similarly, researchers such as black Harvard economics professor Roland Fryer have found that racism is not the reason that blacks are shot more often by police than whites; Fryer’s study, “analyzing more than 1,000 officer-involved shootings across the country, reports” that there is no evidence of systematic racial bias in police shootings. 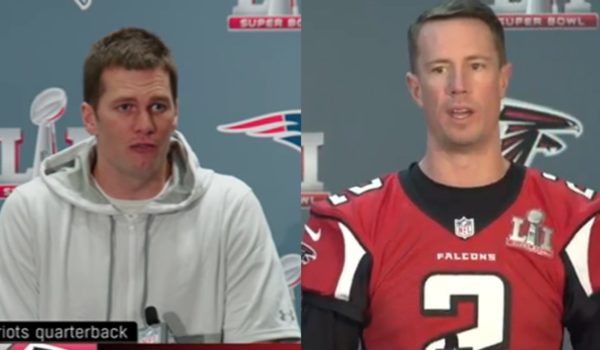