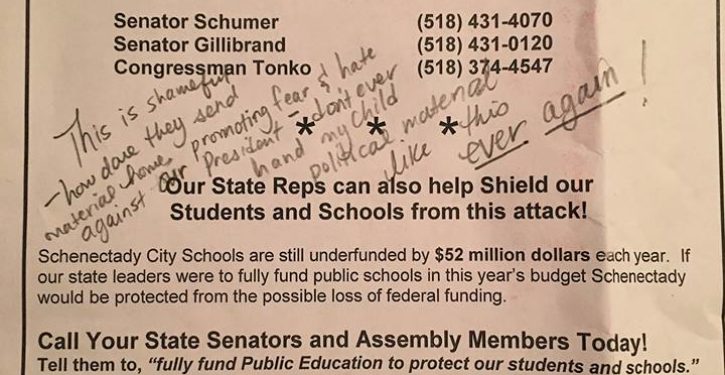 You can’t accuse Paige Elementary School in Schenectady of trying to brainwash its students. At least that’s the case if you believe that an anti-Trump flier was handed out “accidentally” to five or six students.

A representative of the Schenectady Federation of Teachers had placed copies of the flier — which called for support in opposing education secretary nominee Betsy DeVos — in teacher mailboxes. One teacher then passed them out to a handful of students, thinking they were meant to go home.

“She was handing the flier out thinking it was something that was supposed to go home with students,” [district spokeswoman Karen] Corona said, suggesting the teacher wasn’t even aware of the flier’s content.

The flier, shown below, claims that Donald Trump and DeVos will “destroy public schools by handing over 20 billion in tax payer [sic] dollars to a voucher program that will only serve to line the pockets of corporate profiteers.” It urges teachers to contact their Congressmen and Senators both in Washington and Albany. New York’s U.S. Senators — [score]Chuck Schumer[/score] and [score]Kirsten Gillibrand[/score] — are among the more liberal in that august body. 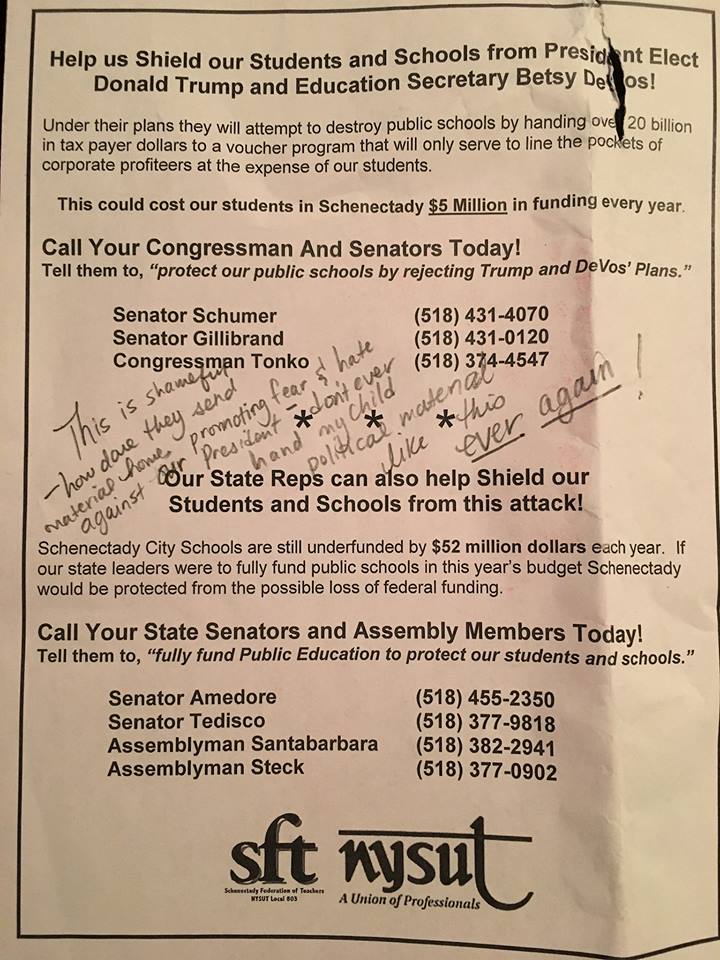 When the unions claim their goal is to “shield” students from Trump and DeVos, what they really oppose is interference in their liberal agenda. Last November, an official with one teachers union recommended calling students “comrade” rather than boys and girls, arguing that the term was more inclusive. In August, the American Federation of Teachers objected to the FBI’s “Don’t Be a Puppet” program, which aims at preventing youth from being radicalized. The union claimed the program would lead to bullying and profiling.

The parent of a 6-year-old student said she was “shocked” to find the flier in her son’s backpack. 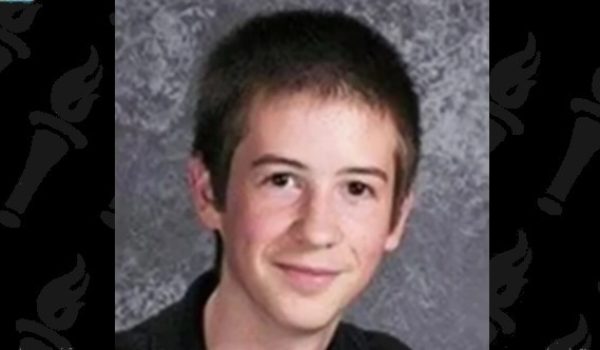 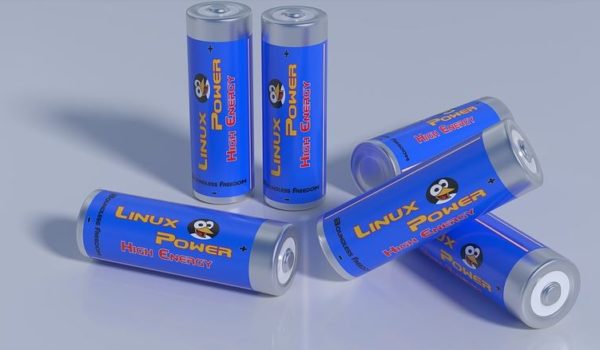