He’s the fella who claimed that then-President Obama and the Democrats were able to ram the health care law down our throats because of “the stupidity of the American voter.”

Now Gruber is back on the eve of the Trump administration’s demolition of the laughably named Affordable Care Act to double down on his insult: “Americans just don’t understand what this law has done for them,” Gruber told Fox News host Tucker Carlson:

On Wednesday, Tucker Carlson debated Massachusetts Institute of Technology Professor Jonathan Gruber, often considered one of the “architects” of ObamaCare, on the merits of the law and why Republicans want it repealed.

Carlson said that 20 percent of those on the insurance exchanges only have one coverage option, and listed a few criticisms that Americans have of the law.

“There’s been a lot of misinformation,” Gruber said, adding that some costs increases have been slower than before the law was passed.

“Americans just don’t understand what this law has done for them,” he said.

Gruber did concede that Obamacare had hurt the youngest and healthiest by forcing them to purchase insurance they might not have wanted to buy. He also said the “law was never supposed to help everybody.”

That’s odd. During the 2012 campaign season Obama said, “I fought for the Affordable Care Act, which will make sure all Americans have access to quality preventive health care services.” [Emphasis added]

Perhaps Gruber is just too stupid to recognize when he’s lying!

His actions show that he believes he can deceive the American people on Obamacare, then turn around and say they’re too stupid to get it.

Gruber has admitted to constructing “phase-ins” and hiding language in order to make the bill easier to pass. He has further allowed as how Obamacare was written in a way to mislead the Congressional Budget Office into not scoring the individual mandate penalty as a tax.

In the days leading up to the 2016 election, Trump spoke of his plans to repeal Obamacare and took a shot at “wise guy” Gruber.

“People are going bankrupt trying to pay for health care, and it is no good,” Trump declared, adding:

Deductibles are are so high, you can’t use it. It is a tremendous problem and Gruber, the architect … who said, the American people are stupid, well, he’s going to find out they are are not stupid. [Emphasis added]

If American voters are so stupid, then how did they manage to see through the deceptions attending Obama’s signature legislative coup and elect a man who ultimately repeal it?

Most of the Muslim countries Trump’s order targets have their own discriminatory visa policies
Next Post
Facing reality: Particulars on ‘extreme vetting’ should have preceded ‘Muslim ban’ 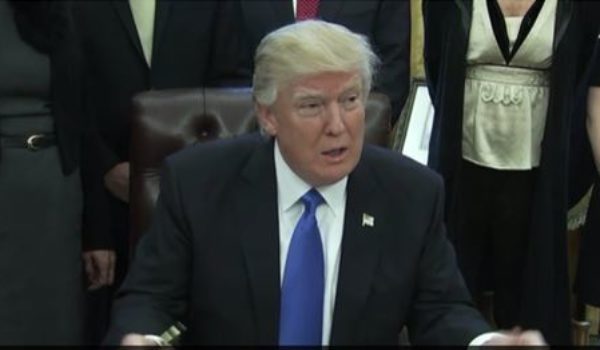