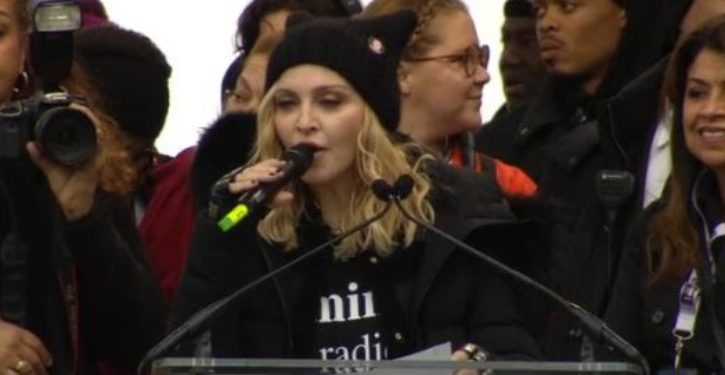 Judging by the numbers alone — the New York Times estimates there were 470,000 attendees, and some sources put the total much higher — the women’s march, or whatever you choose to call it, was an unparalleled success. But that’s only if you go by the numbers. If you look closer, you find that not all participants were united in a common goal or satisfied with the outcome.

Take an article that ran on Monday in the black magazine Essence. The piece notes bitterly that the white women who marched on Saturday marched for themselves alone. “White women,” the author laments, “were not called to action by the voice of intersectional resistance. They weren’t hoping to lift the burden of resistance that Black women have been carrying in concentration for the past three years. No, they were simply mobilized by the fear that something had gone awry in their lily-white world of privilege.”

Another group of putative marchers that felt under- (or just plain “un-“) represented is the one in which 28-year-old Jade Lejeck claims membership. An article in Mic informs its readers that Lejeck was planning to march but ultimately stayed home:

The main reason I decided not to go was because of the pussy hats. I get that they’re a response to the ‘grab them by the pussy’ thing, but I think some people fixated on it the wrong way.

The next paragraph clears up any confusion:

Lejeck, a trans woman from Modesto, California, said the hats signaled to her that there would be other trans-exclusionary messages at the women’s marches.

Or, as the author puts it earlier, “Signs like ‘Pussy power,’ ‘Viva la Vulva’ and ‘Pussy grabs back’ all sent a clear and oppressive message to trans women, especially: having a vagina is essential to womanhood.”

An article that ran in the New York Times on the eve of the march indicates that these differences and the angst they would cause were baked into the cake. Titled “Agenda for Women’s March has been hijacked by organizers bent on highlighting women’s differences,” the article acknowledges:

[T]he attempted hijacking of the march’s agenda and all the nasty tit-for-tat between white versus black/queer/Muslim/trans and other identities tells a very disturbing story about the divided state of feminism today. The separatist, inward-looking politics that helped drive Trump to power and Clinton into oblivion is not going away — in fact it is becoming more entrenched, and all for the better, say organizers bent on highlighting women’s differences rather than their commonality as American and international citizens.

The problem here is not, as author Emma-Kate Symons implies, that “the nasty tit-for-tat between white versus black/queer/Muslim/trans and other identities” has yet to be reconciled. It’s that these constituent protected classes that share the umbrella of feminism can’t be reconciled. Each subclass is too invested in its own struggle to make common cause with the others.

Which is ultimately why inclusivity is doomed to failure. These (forgive the expression) “diverse” groups may all have shared the unrealized goal of defeatomg Donald Trump at the polls, but that’s where the solidarity ends. After that it’s every man … er — woman … er — other — for itself. 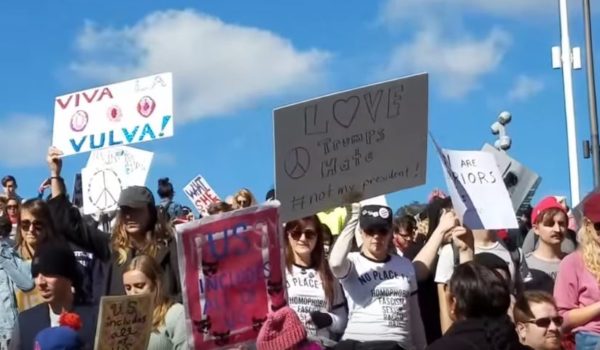 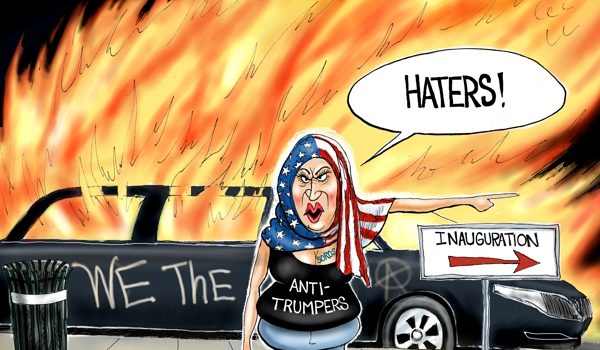