Key Department of Justice (DOJ) officials may escape being interviewed in DOJ Inspector General Michael Horowitz’s review of the FBI’s investigation of former Secretary of State Hillary Clinton’s use of a home-brew email server to do official government business.

Inspectors General have authority to compel only current government employees to comply with interview requests under the Inspector General Act, so they are unable to force testimony from officials like Attorney General Loretta Lynch and Assistant Attorney General for Legislative Affairs Peter Kadzik once they leave office along with President Barack Obama, potentially leaving Horowitz to deal with gaping holes in his review.

“Once they’re gone, the IG has no jurisdiction over them,” former U.S. Attorney Joe DiGenova told The Daily Caller News Foundation Investigative Group.

Horowitz announced Thursday he is investigating whether DOJ and the FBI broke federal policy in handling the Clinton email investigation in the months leading up to the presidential election.

Horowitz is focusing on allegations that FBI Director James Comey’s July public speech and subsequent congressional letters about the case broke procedure, that Comey should have recused himself from the case, and that Kadzik improperly disclosed nonpublic information to Clinton’s campaign, among other matters.

Comey hasn’t announced any intention to leave the FBI, so the IG can still compel his testimony as a current official. Former officials must hand over any records the IG requests and may voluntarily appear for interviews, but they aren’t required to provide testimony, according to congressional testimony Horowitz gave in 2015.

Congress passed and Obama signed a law in December clarifying and strengthening IG powers, but Congress eliminated language in the IG Empowerment Act that would have granted the IG the authority to compel interviews from former employees so the bill could pass, according to Elizabeth Hempowicz, policy counsel for the Project on Government Oversight (POGO).

“At one point, the legislation contained a provision that would have allowed testimonial subpoena power for all IGs, however, that part was taken out to clear the way for the bill to pass at the end of the last Congress,” she told TheDCNF.

“While the IG Act provides us with the ability to subpoena documents and records from those individuals, we are unable to require them to provide testimony, even if they have critical evidence of fraud or of agency misconduct,” Horowitz told the U.S. Senate Committee on Homeland Security and Governmental Affairs in February 2015, adding:

I have seen several instances during my tenure as inspector general where former employees of the department (including those who resigned or retired immediately prior to a DOJ OIG interview), contractors and grant recipients have refused to speak with the DOJ IG, thereby impeding our ability to gather potentially valuable and relevant evidence.

Horowitz has not made public a timeline for the review.

‘Why Clinton lost’ excuse no. 4931: Blame the National Enquirer
Next Post
Liberal says painting of cops as pigs is an insult … to pigs! 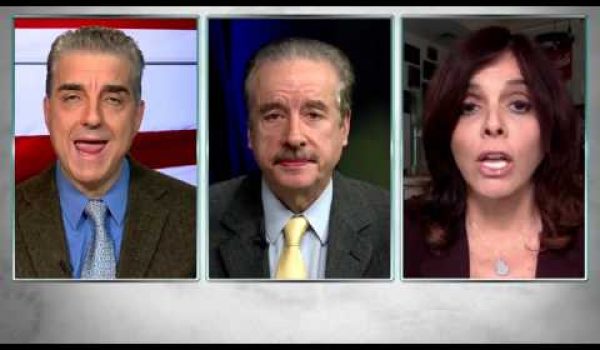