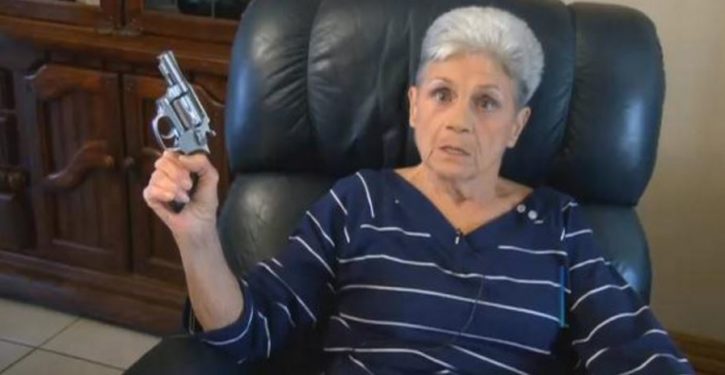 A 74-year-old grandmother from Texas shot at a burglar after the intruder broke into her home and pointed a gun at her face.

Before Rebbie Roberson even had to time to react, the gunman was in her living room.

“And when I started to get up, he was in here on me with a gun facing me right to my face,” Roberson told Shreveport, La., station KSLA. “So I had to walk right out in front of him. I didn’t know if he was going to kill me or what.”

Fortunately for Roberson, she always keeps her firearm close by.

“I reached over there and grabbed this gun. And when I swerved around, I pointed it at him and he ran,” Roberson explained, referencing her .38-caliber pistol.

Immediately after pivoting toward her target, Roberson fired several shots.

“It could have been worse for both individuals, both the victim and the suspect,” Chief Deputy of Bowie County Sheriff’s Office Jeff Neal said, according to KSLA.

“Every citizen, according to the Texas penal code, has the right to defend themselves and their family.” 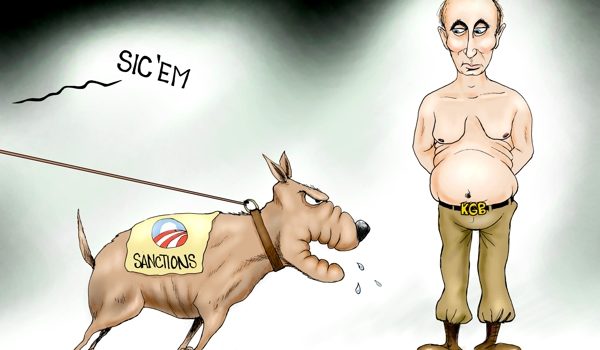 Cartoon of the Day: Dog on it
Next Post
Obama receives another medal: Wait till you hear who awarded it to him 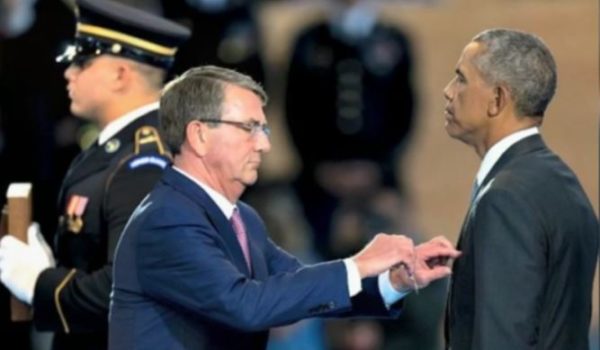