Happy New Year from National Public Radio. Well, it’s not actually happy, according to host Michele Norris, who was a guest on CBS’s “Face the Nation” on New Year’s Day. She also functioned as a harbinger of gloom, lamenting that Donald Trump’s campaign slogan is code for sending blacks and other people of color to the back of the line.

The clear implication — that Barack Obama was good for black America — is belied by the numbers. Consider:

Yet, in spite of these bleak statistics, Norris worries aloud that the nation is “going back to a time that was not very comfortable for people of color,” when “they were relegated to the back of the line.”

Here’s a video of her comments, a transcript of which follows:

In the phrase ‘Make America Great Again’ there’s one word that if you are a person of color, that you sort of stumble over, and it’s the word ‘again’. Because you’re talking about going back to a time that was not very comfortable for people of color. They did not have opportunities, they were relegated to the back of the line.

And this was a country that — to be honest — was built on the promise of white prosperity above everything else. And for a lot of people, when they hear that message, ‘Make America Great Again,’ deeply encoded in that message is a return to a time where white Americans can assume a certain amount of prosperity.

After eight years of some of the most intensely bitter racial division the nation has known, it is grossly irresponsible for a black commentator like Norris to paint a falsely optimistic picture of the outgoing administration and an even more pessimistic view of the next before the new president is even sworn in. 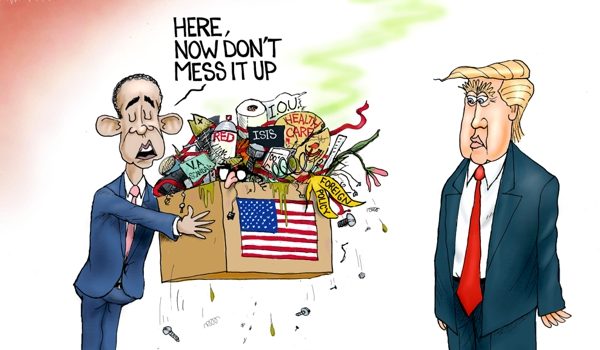