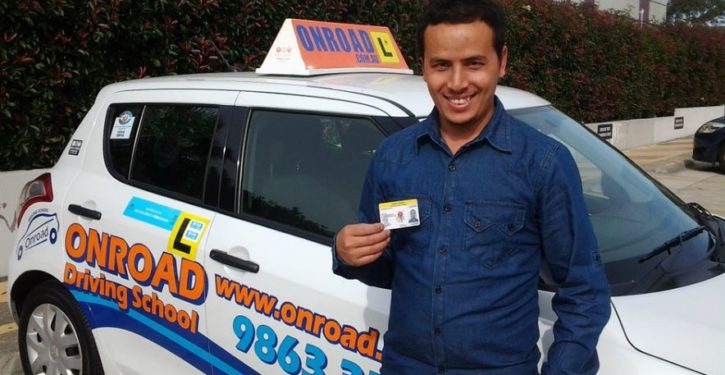 Wow. If Politico is going to start offering this kind of tireless investigative journalism, maybe the site should put up a pay wall.

There’s even a picture of the license to prove it:

The article goes on for another 240-odd (very odd!) words, citing confirmatory reports by Slate, Time magazine, and other liberal news outlets that obviously also have too much time on their hands.

Samuelsohn does try to make something out of the discrepancy by pointing out that a height of 6’2″ and weight of 236 lbs would place Trump in the obese range on body mass index charts, whereas a height of 6’3″ would make him merely overweight.

I imagine the conclusion that Politico readers are to deduce from all this (in addition to the revelation that Trump is a filthy liar) is that the man suffers from debilitating health problems and is thus too sick to serve.

Samuelsohn may be on to something. Although it was swept under the carpet by media shilling for Trump, the candidate did stumble climbing the stairs to one of his many homes last year and needed to be helped up by Secret Service members. Here’s a photo of it.