Over the weekend, armed activists affiliated with the Revolutionary Black Panther Party marched in Milwaukee to protest what they claim is police “genocide” against black people, chanting, among other things, “free us or you die, cracker,” and “f*ck Trump.”

According to Milwaukee ABC affiliate WISN:

The afternoon march, which they called a “human rights tribunal,” was held in the name of Sylville Smith, Jay Anderson, and others who have been killed by police officers.

“This is genocide. It can’t go on. Any other country, any other people it would be declared as such,” said Dr. Alli Muhammad with the Revolutionary Black Panther Party.

The group on Friday called for the resignation of Milwaukee Mayor Tom Barrett and Police Chief Ed Flynn.

The Milwaukee County District Attorney earlier this month said the Wauwatosa police officer who shot and killed Anderson in June wouldn’t be criminally charged in that case.

WISN did not mention the threatening chant, but it can be clearly heard in the YouTube video below (warning: graphic language):

“So you approach us, and we are armed lawfully, you put our lives in imminent threat or danger, we got a right according to every law … badge or not, you murder the bastard,” Muhammad can be heard saying in the video, calling his group “anti-terrorism” adding that he isn’t talking about being violent or committing crimes.

A police spokesman said officers monitored Sunday’s demonstration. “Open carrying a firearm is not arrestable absent any other violations of the law,” the spokesperson said. 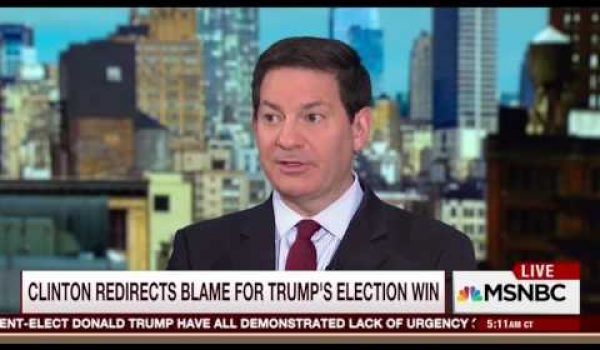 Dems in denial: Placing blame for election loss everywhere but where it belongs
Next Post
Somali refugee interrupts Austrian nativity play to preach the Quran