Members of the University of Minnesota football team say they will not play or practice until their teammates receive due process.

Ten members of the team were suspended on Tuesday, most over a Sept. 2 sexual assault accusation that resulted in no charges from the Minneapolis Police Department. Those teb stood behind seniors Duke Anyanwu, Mitch Leidner, and Drew Wolitarsky for a press conference on Thursday, with the rest of the team also in attendance and in uniform. Wolitarsky read from a prepared statement.

“The boycott will remain in effect until due process is followed and the suspensions for all 10 players involved are lifted,” he said.

If the situation is not resolved, the Golden Gophers will miss the Holiday Bowl game against Washington State, scheduled for Dec. 23 in San Diego.

Wolitarsky also demanded an apology for the suspensions from university president Eric Kaler and athletic director Mark Coyle, and added that “these leaders are held accountable for their actions.” He insisted the players had been suspended “for things they didn’t do.”

Coyle and Kaler issued a joint statement in response. They didn’t apologize or reinstate the suspended players. Instead, they wrote that they “want to continue an open dialogue with our players and will work to do that over the coming days.”

It was a meeting with Coyle and Kaler that set off the team boycott, Wolitarsky indicated, adding:

We got no answers to our questions about why these kids were suspended when they were just found [innocent] by the law. He basically told us that he didn’t have answers, and that led us to believe that this is kind of unjust. He has the power to reverse this, and he won’t.

The suspension of six of the players resulted from the sexual assault accusation. A Minnesota cheerleader claimed she drank multiple shots of vodka on Sept. 1 before she partied with her friends in Dinkytown, Minn. She left the area with two football players, who took her to an off-campus apartment building.

The woman claimed she didn’t remember much because she was so intoxicated, but remembered one of the players asked her to go with him to his apartment. Police reports indicate the woman said she had no intention of having sex with the player and became nervous when he took her to his bedroom. During a court hearing, she said she “felt scared, trapped, isolated with someone I felt had power over me.”

The woman also at some point told police that sex with this particular player “may have been consensual.”

The player, who Watchdog will not name because he has not been charged with a crime, provided police three recordings from the early morning hours of Sept. 2, showing the woman appearing “lucid, alert, somewhat playful and fully conscious; she does not appear to be objecting to anything at this time,” according to the police report.

After the sexual contact with the first football player, the woman told police there was a line of men waiting to have sex with her. “I was shoving people off of me,” she told investigators. “They kept ignoring my pleas for help. Anything I said they laughed. They tried to cheer people on.”

She said she was able to leave an hour and a half later. She called her sister immediately and then went to the hospital for a rape kit. Her mother reported the incident to police.

The woman told police that three other football players had sex with her that night, which was “not consensual.” The videos, however, made the case difficult to prosecute. Minneapolis police sent the case to the Hennepin County Attorney’s office on Sept. 30, but wrote of the videos “at no time does she indicate that she is in distress or that the contact is unwelcome or nonconsensual.”

Just three days later, on Oct. 3, the attorney’s office announced it would not be charging the players.

After that, the woman filed for a restraining order against six of the now-suspended players (including two she does not appear to have accused of sexually assaulting her). A judge granted the order, which prohibited the players from entering TCF Bank Stadium because she worked there. The woman also dropped a petition against one of the players after the restraining order was granted.

The player’s attorney, Lee Hutton, appealed the judge’s decision. A hearing was held during which the woman testified. Both sides agreed to a settlement. Neither side would be able to sue the other and the restraining order would be altered so the players would have to stay only 20 feet from the woman — allowing them to enter the stadium — and would not be able to contact her.

After the settlement was reached, the woman read a statement saying she was “glad this is over,” adding:

This has never been about punishing anyone, I just wanted to feel safe. Because of this resolution that we came to, now I do.

Apparently, the University of Minnesota felt differently and suspended the six players and four others (it is unclear what led to the suspension of the players not involved in the sexual assault accusation). All ten are black.

The racial overtones of campus sexual assault accusations has been documented before. Harvard Law professors Jeannie Suk and Janet Halley wrote in the New Yorker last year that most of the accusations they have seen at their school are against minority students. And some of the most well-known cases of the past few years have also involved minority or foreign students.

In their statement regarding the suspensions, which occurred after prosecutors decided not to charge the students, Kaler and Coyle said in their statement that those upset over the disciplinary action did not “have all the facts”:

We understand that a lot of confusion and frustration exists as a result of this week’s suspension of 10 Gopher Football players from all team activities. The reality is that not everyone can have all of the facts, and unfortunately the University cannot share more information due to federal laws regarding student privacy.

Those laws include the Family Educational Rights and Privacy Act, which prohibits schools from releasing information about students. The law is a double-edged sword, as schools wanting to defend themselves from false accusations often cannot because of statutory restrictions, but can also hide behind the law in order to avoid answering questions.

Have never been more proud of our kids. I respect their rights & support their effort to make a better world! 〽️????

The father of one of the suspended students told KTSP, a local ABC affiliate, that he had “never seen anything like this” during his 17-year career in law enforcement, telling reporters:

But such outcomes are not uncommon on college campuses. Schools routinely disregard police investigations that result in no charges. In one recent example, local police determined an accuser’s story to be “unfounded,” but Lynn University still suspended the accused student

Schools usually cite the 2011 “Dear Colleague” letter issued by the Obama administration to justify such actions. The Education Department letter stated that schools must use a “preponderance of evidence” standard when adjudicating sexual assault. The Dear Colleague letter, however, is not the law, or even a fully vetted federal regulation. It’s simply “guidance” from the Education Department’s Office for Civil Rights.

While it does not carry the weight of law, the letter does come with a threat from the OCR that schools not using the standard will be publicly shamed through an investigation and risk losing federal funds.

The Minnesota boycott is rare. Rather than fighting back, students denied due process when facing such charges have tended to remain anonymous and had to quietly fight accusations through legal action. Football players using their considerable financial leverage could send a strong message that accused students are entitled to exercise their constitutional rights. 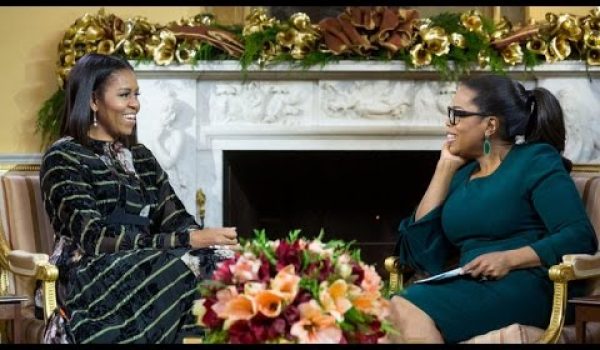 Michelle Obama tells Oprah her hubby is ‘the parent,’ American people his hurt little children
Next Post
Libs couldn’t be more wrong: The electoral college is an excellent system