Mainstream media organizations led by The Washington Post are raising alarms about the $376,000 Steve Bannon received from a nonprofit investigative news organization called the Government Accountability Institute (GAI) while he served as executive chairman of Breitbart News Network.

Bannon, now senior advisor to President-elect Donald Trump, has been a lightning rod for liberal media and progressive activist groups since he joined the Republican’s campaign in August 2016. The title of a Nov. 15 New York Times editorial about Bannon even called him “Steve ‘Turn on Hate’ Bannon.”

O’Harrow misstated GAI’s primary objective, which is clearly described on the nonprofit’s IRS tax return as “to investigate and expose crony capitalism, misuse of taxpayer monies, and other governmental corruption or malfeasance.” The group’s tax-exemption by the IRS is based on that mission statement.

O’Harrow instead described GAI as “as an education group to help the United States and other countries maintain a ‘higher quality of life’ through ‘promotion of economic freedom,’”quoting another statement in IRS tax documents.

The GAI isn’t a household name for most Americans, but its findings about the Clinton Foundation are well-known to the public and the FBI. Peter Schweizer, GAI’s president, co-authored “Clinton Cash: The Untold Story of How and Why Foreign Governments and Businesses Helped Make Bill and Hillary Rich.”

“Clinton Cash,” which made the New York Times bestseller list in 2015, was, according to the newspaper, “the most anticipated and feared book of a presidential cycle.” The Washington Post ran extensive excerpts from the book and posted a video trailer about it on its website — the co-producer prominently listed on that trailer was Bannon.

Bannon received $80,000 in GAI’s first year of operation and $100,000 annually thereafter, according to tax returns.

The Washington Post’s headline, “Trump Adviser Received Salary From Charity While Steering Breitbart News,” hints at something improper, and O’Harrow Jr. states deep in the story that “the ties between the Government Accountability Institute (GAI) and Breitbart call into question the assertions the institute made in filings to the IRS that it is an independent, nonpartisan operation.”

Left out of O’Harrow’s story is the fact nonprofit news organizations across the ideological spectrum have relationships with other news outlets. It’s not uncommon for news executives like Bannon to wear two journalistic hats at the same time.

The IFCN has its own ties to partisan figures. It is partly underwritten by the liberal Omidyar Network, which is owned by Pierre Omidyar — the liberal philanthropist, major friend of former President Bill Clinton and generous donor to the Clinton Foundation — as reported by The Daily Caller News Foundation’s Investigative Group.

The Post’s citation of Bannon’s $376,000 salary suggests it’s an exorbitant sum. But that amount was paid over a four-year period, which means Bannon’s GAI salary averaged $94,000 per year.

Schweizer was paid $161,000 in 2012 and $210,000 in 2014, according to tax documents. The compensation paid by GAI to Bannon and Schweizer pales by comparison to executives at Poynter and ProPublica.

Including Wednesday’s story, O’Harrow’s byline has appeared on eight negative articles on Trump since Jan. 18.  By contrast, O’Harrow wrote one story during the same time period on Trump’s opponent, former Secretary of State Hillary Clinton — and it was an even-handed analysis of her use of a private email server and her Blackberry while she was at the Department of State.

The Post disclosed in an update that O’Harrow’s story contained two inaccuracies which required corrections. 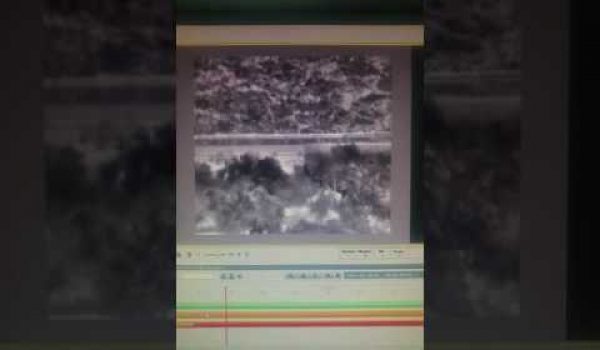 Obama administration ignores the arson fires menacing Israel; *UPDATE* Pyroterrorism on camera
Next Post
New Mexico business: If you support Trump, get out