Before we begin, headline inspiration credit goes to John Lennon and Yoko Ono for their 1969 anti-war song, “Give Peace a Chance.” But, given the name substitution, I assume Lennon is churning in his grave and will expect an angry email from Yoko Ono.

Widespread concern about politically inspired family conflict erupting on Turkey Day is evident when one googles, “Thanksgiving after Trump win.” Numerous pieces are listed, and my favorite is from the Huffington Post. It was written the day before the election with a headline suggesting, “Whoever Wins, We Still Need to Cancel Thanksgiving.”

But Thanksgiving will go on even with the inherent danger of polarized families gathering around a table with a prominently placed sharp carving knife and spear fork.

Hence, what follows is a unique battle plan to help families cope with the angry fallout from T-Day election trauma. And, at the end,  Thanksgiving messages from two of our most revered presidents to keep the holiday in historic perspective.

Step One: Just before the Thanksgiving gathering, a prominent family member should be designated “peacemaker” in case of a DEFCON 1 political eruption. Perhaps someone adored by all that no one wants to upset.

Step Two: Firmly enforce the ground rule of “no political talk.” That is the best and easiest way to avoid a kerfuffle. But, after hours of alcohol consumption, football, family gossip, and rich food, that proverbial “crazy uncle” is bound to denigrate Trump, Hillary, or Obama and the real fun begins. Thus the designated peacemaker swings into action and hopefully order is restored.

Plan B: But what if the peacemaker fails and a political family feud ensues? Here are some recommended “calming statements” that could lead to a mature discussion without yelling, name-calling, and incuring stab wounds from turkey carving implements.

Although my opinion, I believe it is a somewhat factual statement meant to appeal to the patriotism of anti-Trump family members. Remember the phrase is supposed to be calming, especially when paired with the question, “Do you want America to fail?”

(Please avoid saying the word again at the end. It makes the question more emotional.)

This question conveys the notion that if Trump succeeds in growing the economy, everyone will reap the rewards. Remind family members of the old cliché, “A rising tide lifts all boats.” For example, let’s say your twenty-something niece detests Trump. Seize the opportunity to discuss how she is likely to personally benefit from an economy that could start to grow at four percent annually. Make it all about her increased potential under the policies of President Trump and not about politics. Say something like, “When America is great, YOU become even greater.”

“All we are saying is give Trump a chance.”

A prime example of Trump post-election media bias are numerous predictions speculating how, when, and why Trump is going to be impeached.

Such “reporting” not only infuriates the 61 million Trump voters but further polarizes an already polarized nation. Hence, convey to your Trump-hating relatives to “give Trump a chance.” Urge them to open their minds to a different kind of leader. A business leader who will inject large doses of economic adrenaline and create a confident, resilient, fast-growing economy from which Americans in every economic strata will benefit. (An economy never achieved under Obama and why Trump was elected.)

The goal of the aforementioned “calming statements” is to foster some rational, non-emotional, self-interest based discussions that will end with family unification hugs.

Finally, politics aside, it is imperative that Americans remember the original reason why we gather together at Thanksgiving and who started the tradition.

On October 3, 1789, President George Washington issued a Thanksgiving proclamation with an opening paragraph that promoted a higher, greater perspective:

Whereas it is the duty of all Nations to acknowledge the providence of Almighty God, to obey his will, to be grateful for his benefits, and humbly to implore his protection and favor– and whereas both Houses of Congress have by their joint Committee requested me to recommend to the People of the United States a day of public thanksgiving and prayer to be observed by acknowledging with grateful hearts the many signal favors of Almighty God especially by affording them an opportunity peaceably to establish a form of government for their safety and happiness.

Then in 1863, at the height of the Civil War, President Abraham Lincoln designated Thanksgiving a national holiday in a magnificent proclamation that today sounds more like a church sermon. Here is the official part:

“… to set apart and observe the last Thursday of November next, as a day of Thanksgiving and Praise to our beneficent Father who dwelleth in the Heavens.”

Now, on Thanksgiving and beyond, because of the contentious election and how we live in times that often feel like our nation and families are engaged in a Civil War, we must give Trump a chance and unite under our new president.

Therefore, in the spirit of Thanksgiving as proclaimed by Washington and Lincoln, praise God, pray and give thanks for our nation, pray for our new leader, and most of all, pray that our nation and families can bind our wounds and begin to heal. 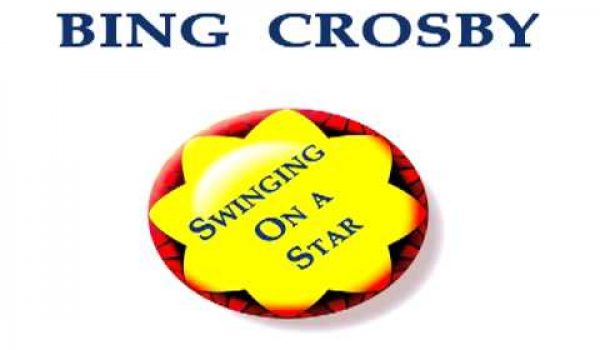