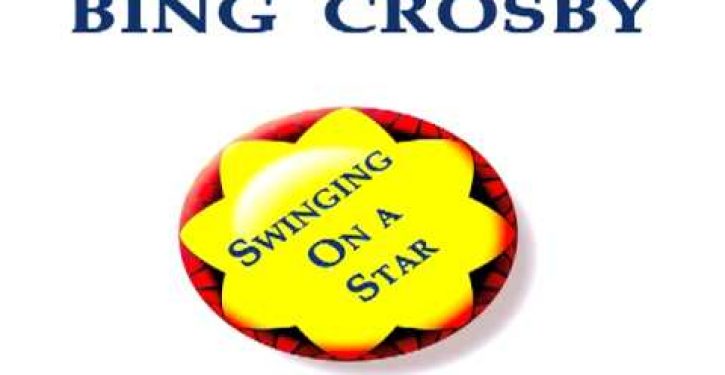 And now for the week you’ve all been waiting for.

We’ve missed some of our MAC teams already, who may or may not have been playing in Storied Rivalries on Tuesday evening, so, you know, God love ‘em.  But the Rockets are yet to blast off for the week.

Thursday brings us a truly awesome lineup, with LU fave LSU on the road in College Station to take on sucky but annoying Texas A&M, in their Storied Rivalry which goes back to 1899.  LSU may be 6-4 to the Aggies’ 8-3, but the Tigers are giving 6.5 on the road.  That said, they’ll be playing without all-purpose LB Kendell Beckwith, who was missed so badly on Saturday, and it appears that stampede-o-saurus Leonard Fournette will be a game-time decision.  So somebody in the odds ranks has it in bad for A&M.  Fittingly, this Storied Rivalry is one of those tasteful affairs without any Goodwill bargain-table trinkets mounted on wood as trophies.

Nothing could complement LSU-A&M better on Thanksgiving than some great NFL bouts involving our LU faves.  The Turkey Day tradition match between Washington and Dallas (-6.5) hits the trons at 3:30 PM CST, and it’s not as raggedly stupid an outing as it’s been for quite a few years now.  The psych prognosis for the NFC East is cautiously optimistic this season, and the Cowboys come in 9-1 to the Redskins’ 6-3-1.  The Giants are in there at 7-3, making the division competitive and non-ridiculous, which is downright fun.  This meet will mean something.

As will Pittsburgh at Indy in the evening slot, a cross-division match that will have big implications for both 5-5 teams, each second and very much alive in the division standings.  The Steelers give a hefty 7.5 on the road; kickoff is at 7:30 PM Central.

Minnesota will be at Detroit (-2.5) early on Thursday, for those who prefer football to parades.

The University of Tulsa Golden Hurricane (8-3), which beat Notre Dame 28-27 on 30 October 2010, hosts American opponent Cincinnati (4-7) on Friday evening, and if you can believe it, Tulsa’s laying 22.5.  We kind of expect the Bearcats to cover, but still like Tulsa for the win.

Oklahoma and Oklahoma State, now #8 and #10 respectively, have Thanksgiving week off.  They’ll settle the fate of the Big 12 between them in Bedlam on 3 December.

Navy is back at #25 after going to 8-2 in the rout of ECU last week.  The Mids will be at SMU (5-6) on Saturday, giving 7.  Navy’s playing for its path to the Cotton Bowl, so there won’t be any slouch in their sea-swagger.

Air Force (8-3) sustains a visit on Friday from #19 Boise State, presumed winner of the MWC Mountain crown.  The Falcons, as a service academy, are already guaranteed a better class of Booger Bowl with their eligibility.  But a win would be sweet.  Broncos give 9.

Bright and early Saturday, Virginia Tech hosts the gnarly old Yahoos for their long-running Storied Rivalry, the battle for the Commonwealth Cup.  For 8-3 VT, this is also the game to put away the ACC Coastal title.  If the Hokies win, it’s theirs; they’ve already beaten equally 8-3/5-2 North Carolina.  The Hokie give is 18.5 to 2-9 Virginia.

VT could still falter with a loss to UVA, of course, if UNC defeats NC State (motto: “They have a football team?”) in their Storied Rivalry on Friday.  Which is likely; NCSU is 5-6, 2-5 conference, and disfavored by 11.  So VT probably won’t be able to afford any last-minute surprises from an always-pumped rival.

Nevada heads to Las Vegas Saturday for the Wolf Pack’s Storied Rivalry with lice-ridden UNLV, AKA the Battle for the Fremont Cannon, one of the all-time great rivalry trophies.  Unlike the bells, cups, and miniatures the NCAA is lousy with, the Fremont Cannon is a real frigging cannon, weighing in at 545 pounds.  It would take a very big axe to go this one better.  Regrettably, it’s painted Rebel red at the moment, but we feel sure 4-7 Nevada will win it back, paint it blue, clamber over 4-7 UNLV in the MWC West standings, and finish the season with a better record.  The oddsquad has UNLV laying 8.5, but what do they know.

TCU (5-5) will be at Texas (5-6) on Friday, with both teams bucking for that sixth win.  The oddsdudes are tepid, backing a 3-point Longhorn give.

Kansas State hosts Kansas Saturday morning in the Storied Rivalry for the Governor’s Cup.  And although you know 6-4 KSU has to be giving big (-27), Pathetic Kansas (motto: “What difference, at this point, does it make?”) got to 2-9 last week by beating Texas.  Woohoo.  So there’s an argument for actually playing this game, rather than not and saying they did, and everybody retiring to the northwest concession booth for refreshment.

On Friday afternoon, Toledo (9-2) will try to knock off MAC West leader #21 Western Michigan (11-0), in a game that will at a minimum affect the Rockets’ Booger Bowl selection.  The Broncos, with home field advantage in Kalamazoo, are giving 9 at this writing.  We say Toledo can take ‘em.

It wouldn’t be a Saturday night without Wyoming (8-3) at New Mexico (7-4) in a fight for the second slot in the MWC Mountain.  We’re pulling so hard for the Cowboys – and a top-quality Booger Bowl – we’re going to give ourselves a hernia.  (Don’t miss the image gallery from last week’s heart-stopping 34-33 win over San Diego State, if you haven’t seen it yet.  Never say we don’t get some of the most exclusive coverage on the planet, here at your LU Football Commentary Service.)  Pokes are laying 3 on the road.

Without question or demur, the game of the week is #2 Ohio State hosting #3 Michigan on Saturday, to decide who tops the Big 10 East, who’s really #2, and who will play Alabama for the championship.  OK, OK, there are a couple of games in between.  But it’s fun to see this great Storied Rivalry be really honking great again.  We love that Ohio State’s notorious tightwad bettors are backing a 6.5-point give.  Go Blue!

#4 Clemson (-24) hosts South Carolina (motto: The Other USC) on Saturday evening for their Storied Rivalry, the Palmetto Bowl.

#5 Washington (-6) heads to #23 Washington State Friday for their Storied Rivalry, the battle for the Apple Cup.  (Which sounds intriguing, but is just a bronze football on a trophy stand.  You know, Washington – apples.)

We’ve been waiting all season for #6 Wisconsin and Minnesota to duke it out for Paul Bunyan’s Axe.  It’s a Free-Range Axe, and if we couldn’t have the Fremont Cannon, it’s the rivalry trophy we’d want in a foxhole with us.  Badgers give 14 in Madison.  Goldie drools.

New #7 Penn State (-12) hosts Michigan State for their Storied Rivalry, the battle for the Land Grant Trophy.  It doesn’t get better than this fascinating trophy, which we’re thinking of building a cult around.  If you wouldn’t drink spiked Kool-Aid for this trophy, you must be tired of life.  It looks like an accident involving a souvenir shop and intoxicated Mid-Mod architects.

New #9 Colorado (motto: “We take a pounding!”) gives 10 hosting #22 Utah for the Storied Rumble in the Rockies.

In Rivalry Madness week, it’s impossible to pick the best of the rest.  It’s all good.

Take, for example, Purdue at Indiana (-20.5) for the Old Oaken Bucket, one of the most Storied of Storied Rivalry trophies, complete with its own theme song (ca. 1826).

Don’t miss Illinois at Northwestern (-15) for the Land of Lincoln Trophy, which sensibly celebrates bow-festooned haberdashery, in a sporting genre rather too apt to focus on axes and cannons.

If there’s anything more exciting than Mississippi State at Ole Miss (-7.5) for the Egg Bowl, we don’t know what it is.  But Oregon (-3) at Oregon State has got to be in there, with the Civil War and the Platypus Trophy, which has major cred for being just the kind of trophy a group of 15-year-old LOTR-heads would think up in somebody’s basement den.

We’ll be proud to see #15 Florida and #14 Florida State (-7) slug it out in the marquee slot on Saturday, to decide their Storied Rivalry and who’s really #14.

But Florida’s got no shortage of rivalry action this weekend, as Central Florida will head to Tampa to renew the War on I-4 with South Florida (-10) on Saturday at noon.

We wouldn’t neglect to mention Arkansas (-8) at Missouri for the Battle Line Trophy; #16 Nebraska at Iowa (even) for the modestly named Heroes Trophy; or San Jose State at Fresno State (-3) for the Valley Cup.

In additional, major in-state rivalry action, Arizona State (-3) is at Arizona Friday night to play for the Territorial Cup, Georgia Tech collides with Georgia (-4) for Clean, Old-Fashioned Hate on Saturday, and who could forget Kentucky at #11 Louisville (-26.5) for the Blue Grass State’s Governor’s Cup?  Not us, we’ll just tell you that.

#17 Tennessee (-7.5) at Vanderbilt for their Storied Rivalry, and UCLA (-3) at Cal for theirs, round us out.  And yeah, yeah, Notre Dame will be at USC (-17) for their rivalry, which we refer to around here as “that low-class dancehall downstairs.”  The Jeweled Shillelagh is the foofiest football trophy in existence, so they do have that going for them.  We hear it was designed by Richard Simmons on commission for Liberace.

We continue to enjoy Massachusetts’ season progress through first-ever opponents, and can’t imagine a better scenario than being at Hawaii (-7.5) on Saturday evening.

In FCS, we’re tickled to report that McNeese State shwacked Lamar 41-10.  6-5 and without post-season action is not how the Cowboys have been accustomed to finishing of late, but we congratulate them on a winning season and the prospect of next year.

In Div II, Slippery Rock may have bowed out, but PSAC’s Indiana U. (PA) and California U. (PA) are lined up for a repeat of their “Coal Bowl” on Saturday, playing to advance in the second round of the tournament.  Cal. (PA) handed IUP its only loss of the season back in October; IUP dominated Fairmont State in round one last week until it just couldn’t dominate no more.  Best of luck to both teams.

In round one of the Div III tournament, the Fightin’ Engineers of Rose-Hulman Institute of Technology succumbed to #4-ranked North Central (IL) last week 41-7.  Congrats to them on a great season.

Liberty League’s Hobart bowed out in a respectable 38-21 loss to Mount Union, but NJAC’s Wesley advanced to round two with a win over Stevenson.  Now ranked #20, Wesley will meet #16 John Carroll on Saturday.

We’ll get a rare New Orleans (-7) game here as the Saints host Los Angeles in the early slot on Sunday.

And Denver is back in action, giving 3.5 as host to Kansas City for Sunday Night Football.