We have a situation here that doesn’t compute.

A bunch of people – 60+ million at last count – went to the polls and peacefully voted, according to due process of law, to elect Donald Trump president of the United States.  Those people are now going about their daily business, engaging in no public displays other than maybe wearing a ballcap or a T-shirt, or high-fiving the odd fellow Trump voter here and there.

In the 72 hours since Election Day, other people in various parts of America have surged into the streets to shut down traffic, have turned their demonstrations into riots, have attacked people they assumed were Trump voters, have attacked the dogs belonging to Trump voters, have tagged public monuments with slogans like “Die whites die,” have fabricated fake “hate crimes” to defame Trump and his supporters, have called for the assassination of Donald Trump (and started crowdsourcing money for that project), and have defecated on a public sidewalk and smeared a Trump sign with feces.

Still other people have had to seek psychotherapy to cope with the outcome of the election, producing a remarkable upsurge in client applications for practitioners.

And on college campuses across the country, exams and classes have been canceled so that students can grieve, process, and administer self-care over the election of Donald Trump.  Some students have reported being so deeply shaken that they vomited and fell prostrate.  Universities are offering counseling and safe spaces.

If you came in from Mars, and all you understood was the difference between “having a tantrum” and “not having a tantrum,” you’d recognize immediately that the Trump haters are the ones having a tantrum.  Trump haters who are not “acting out” in violent and destructive ways are melting down psychologically, unable to cope with a simple, due-process political event.  This kind of rejectionist, hysterical meltdown is as characteristic of a toddler’s tantrum as physical “acting out.”

All of this is very different from the way Barack Obama’s opponents reacted to the elections of 2008 and 2012.  Their forebodings about an Obama presidency were deeply felt and clearly articulated, but at no point did the supporters of John McCain or Mitt Romney ever do anything even faintly resembling this mass tantrum.

This deranged title doesn’t even require a counterargument.  It’s so obviously ridiculous.

It’s always worth pointing out, of course, that millions of non-white, non-Christian Americans went for Trump.  And it’s necessary to point out that the “white, Christian America” theme is intended to be defamatory and divisive.  Its purpose is to instill in a credulous audience unreasoning terror of all the ordinary people they don’t know personally.

It’s further important to point out that the fear of Trump is an unreasoning fear.  Here is the clearest statement we have of his intentions when he takes office.  But he won’t be able to simply do whatever he wants – as Obama has so often done or attempted to do – because even a Republican-held Congress won’t let him.

He can undo with pen and phone a number of the things Obama did by pen and phone.  I’m betting most people would be hard put to even name one of them, and would barely notice their undoing.  (These mostly regulatory exercises in executive power are nevertheless important to America’s economic and social well-being.  Most of you out there have just never heard of them, and don’t realize how they’re affecting your life.)

But like every other president, Trump will have to craft legislation that garners the support of a Congress representing many and varied interests.  Even among the members of one party, that’s not a straight or easy shot.  There will be due deliberation, and checks and balances.

All of these are worthy, important points.  But as we watch the progressive left launch a mass tantrum, we’re in a different moment.  We’re seeing something of extraordinary importance: that an awful lot of the people who advocate progressivism are not grown-ups who agree to play fair and remain dignified and tolerant.  They literally can’t take it when they don’t get their way.  They become hysterical and unruly.

That’s not passion.  It’s uncalibrated childishness.  If something is terribly wrong, you don’t flail around in hysterics.  You take thought, gather courage, plan to right the wrong.  Find allies.  Develop a strategy.  Keep your spirits up.  Have a positive goal – and make sure it isn’t about sticking it to anyone else.  Seeking vengeance, while calling it “justice,” is the surest road to ruin and annihilation.

But grown-up people who want hope and future don’t live by the creed of inflicting defeat.  What did Trump say over and over, throughout his campaign?  “We’re going to win.  We’re going to win so much you’ll get tired of winning.”  Simplistic, sure.  But still profound.

The mindset of “winning” makes all the difference.  Martin Luther King, Jr. had hope for winning.  His vision was not one of inflicting defeat.  The same was true of presidents like Abraham Lincoln and Ronald Reagan.

Why in the world should America submit to a philosophy that’s about inflicting defeat, and that leads its adherents to dissolve in hysterics at the slightest setback?  Why should we submit to being controlled by other people’s tantrums?

Once again, we’re seeing “Trump truth.”  He just seems to bring it out in the left, exposing the progressives for what they really are.  I guess they’ll have to go their length and wear themselves out.  Mark it well.  Reality is stunningly obvious:  the questions of right and wrong are one thing, but on the question of who is hysterical and full of rage, there is no question.  It’s the progressive left.

Final “good news” note:  no one is condemned by birth, race, economic stratum, or anything else to be a member of the terror-driven progressive left.  You can leave any time.  Come on over, folks.  There’s a chair and a cold one waiting for you. 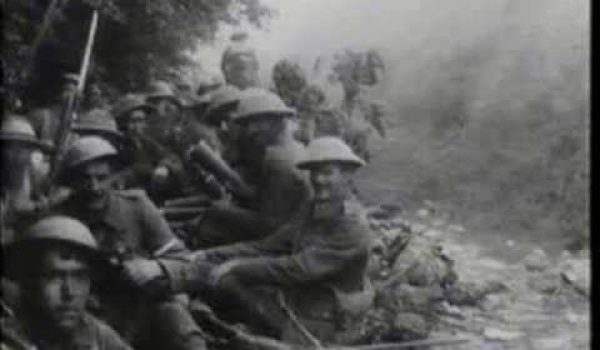