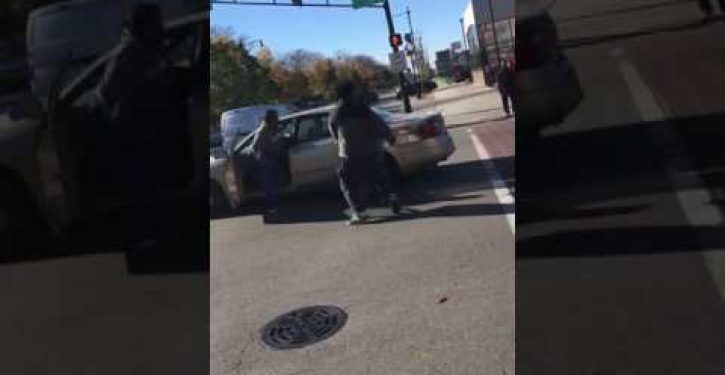 All votes matter. At least that’s what the Fifteenth Amendment of the Constitution tells us.

Despite that fact, a group of ostenisble Hillary Clinton supporters attacked a Chicago man who apparently voted for President-elect Donald Trump, according to an online video.

The video reveals black Clinton supporters cheering, yelling, and laughing as other supporters attack a the white pro-Trump man, who appears to have been yanked from his car while stopped at a red light. The victim was helpless as two black Hillary supporters brutally used their fists to punch and beat him.

According to the text accompanying the video on YouTube, the driber sustained a brain injury after being kicked in the head shortly after the video ended. In addition, his car and cell phone were stolen.

Police are still trying to identify and locate the assailants.