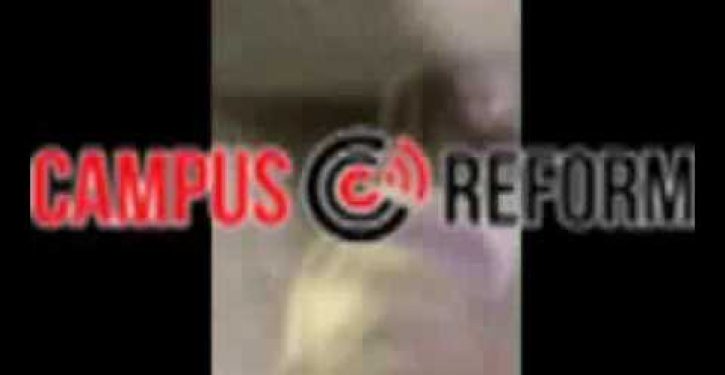 This must be what the Left means by civility. According to Campus Reform, “A Trump staffer was ambushed in a parking lot at Towson University, where he was spit on and slapped by a student for wearing a Make American [sic] Great Again hat.”

The victim, Gary Collins, who is Baltimore co-chair for the Maryland Trump Campaign, told police was approached by a black female Towson student, who without provocation, punched him in the face and called him a “racist piece of sh*t” for daring publicly to suport Donald Trump.

The assailant, who has been identified as Aeesha Deen Kamar, was arrested after admitting she had assaulted Collins. She also confessed to stealing his phone, which he used to record part of the assault and was ultimately returned to Collins by authorities. The video follows:

According to a report filed with Towson Police, Collins was inserting money in a parking meter in the garage, which was near an early voter location on campus, when he was approached by the student, who reportedly said, “Donald Trump is a racist piece of sh*t just like you.” She continued her rant, berating Collins as a “stupid, short little white boy that [sic] is nothing more than a pussy.”

The university declined to comment on the incident other than to say it “is now a matter for the Maryland judicial system to resolve.” Really? They’re not going to disclipine one of their students for this atrocity?