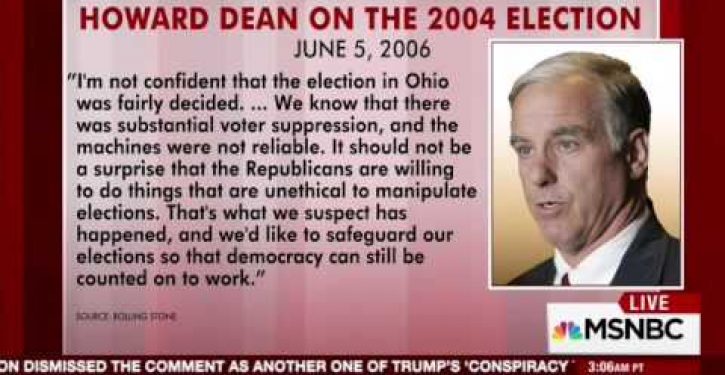 As with nearly every other issue — civility, media bias, you name it — liberals have been talking out of both sides of their mouths on the subject of rigged elections over the course of the past 24 hours. To listen to them and spokesman for Team Clinton, you’d think Donald Trump invented the term.

The Federalist’s Bre Payton wrote a piece yesterday titled “8 times liberals claimed an election was stolen or rigged,” which sheds light on claims of shenanigans by prominent figures like Elizabeth Warren and Ezra Klein. MSNBC’s “Morning Joe” came out with its own list:

And let’s not forget the most recent example of a high-visibility Democrat calling the system rigged. Have a look:

Ironically, what [score]Bernie Sanders[/score] didn’t state publicly at the time but almost certainly suspected was that the Democratic primary was rigged against him: 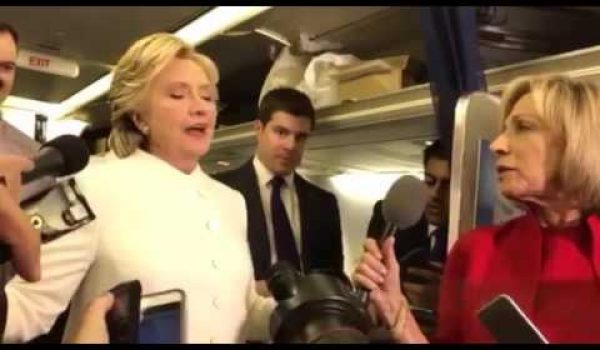 Did NBC reporter get question prompt directly from Hillary’s spokesman?
Next Post
Cartoon of the Day: Hillary’s super PAC