Donald Trump is currently trailing Joe Biden by 10.6% in the average of polls. By contrast, in 2016, he was only behind by 6.4% at this point. That smaller 6% gap made it possible for him to later win the election, as the race tightened. But it’s hard to eliminate a large lead of more than 10% in just two weeks.

And Trump is not doing much to shrink Biden’s lead. A key difference between this election and the 2016 election was that in 2016, Trump was a disciplined campaigner in the last few weeks of the campaign. He  followed the script given to him by campaign manager Kellyanne Conway, who knew how to win elections. As a result, Trump sent out a message that appealed to undecided voters.

Not this time. Trump is campaigning in an undisciplined way, with no message discipline at all. Often, he vents his resentments, sending out messages that don’t appeal to swing voters, or even do much to motivate the GOP base. The media then cherrypicks his remarks and publicizes only the weirdest and most off-putting things Trump says.

As the New York Times reports:

Instead of delivering a focused closing message aimed at changing people’s perceptions about his handling of the coronavirus, or making a case for why he can revive the economy better than Mr. Biden can, Mr. Trump is spending the remaining days on a familiar mix of personal grievances, attacks on his opponents, and obfuscations. He has portrayed himself as a victim, dodged questions about his own coronavirus testing, attacked his own attorney general and the F.B.I. director, and equivocated on the benefits of mask-wearing.

Rather than drawing a consistent contrast with Mr. Biden on the economy, strategists say, the president’s preference is to attack Mr. Biden’s son Hunter over his business dealings and to hurl personal insults  like “Sleepy Joe” against a candidate whose favorability ratings are much higher than Mr. Trump’s.

Trump is unpopular, and his unpopularity has rubbed off on his whole party. As a result, Democrats will likely take control of the Senate this fall. It is possible that they will do so by a big enough margin to abolish the filibuster. If they have the votes to abolish the filibuster, the Democrats will be able to fundamentally transform American society in a leftward direction.

The Democrats’ left-wing transformation of America could include packing the Supreme Court; reclassifying currently-legal speech and religious activity as illegal “harassment” or “discrimination”; curbing freelance work; radically expanding the power of unions at the expense of taxpayers and workers; and turning progressive territories and enclaves into states to lock in progressive control of the Senate for years.

Biden has proposed very large increases in government spending. He wants to spend $11 trillion more over the next decade. That’s much more than liberal Democratic leaders wanted to spend in the past, and it would lead to an additional $8 trillion increase in the national debt, because Biden has proposed only $3 trillion in tax increases. By contrast, in 2016, Hillary Clinton proposed only $1.4 trillion in new spending over a decade, which was mostly paid for with $1.2 trillion in tax increases. Biden’s fiscal policies would make the national debt dwarf the size of our economy. Interest on the national debt would eventually skyrocket, leaving taxpayers on the hook for those increased interest payments.

Biden is far to Mrs. Clinton’s left. The progressive political-science professor Peter Beinart has described Biden’s proposals as “further to the left than that of any Democratic nominee in decades.” His proposed government spending increases would result in America’s national debt becoming much bigger than our economy.

Although many Senate races are too close to call, the Cook Political Report says the Democrats will very likely take control of the Senate, and could pick up as many as seven seats in the Senate. Thus, the next Senate could include 54 Democrats, even before the Democrats admit new progressive states, which would increase the number of Democratic senators further. That could result in the Senate abolishing the filibuster, even if a moderate Democrat like Joe Manchin of West Virginia votes with Republicans to keep the filibuster. Once the filibuster is abolished, a flood of progressive legislation could be enacted in weeks or months, fundamentally altering the country we live in. 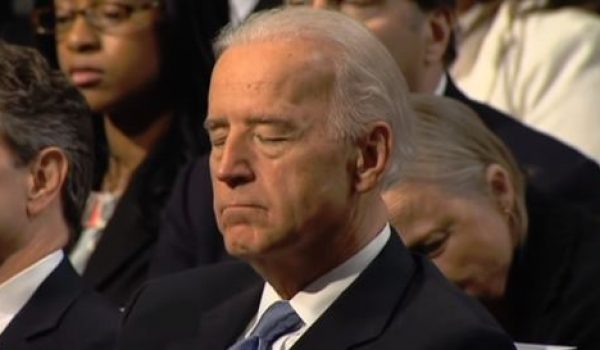