A lot of people are circling around this question right now, and I’m not going to open this post by summarizing their theses or referencing their arguments.  You can find them without much of an effort.

It’s too important to drive straight through to the main proposition.

The GOP is in disarray because the problems of the Republic can no longer be addressed by the conventional politics of the Republic.  The problems are too big, too deep, too entrenched.  They arise from the excessive power ceded to government over the last 100 years.  Social divisions are not the driving issue here.  The problems are created by government.  If government were not at work, intrusive in our lives, raising the stakes of every source of social conflict and actively fostering social conflict, it would be amazing how much less social conflict we would have.

We have a basic systemic dysfunction now.  The Constitution is no longer an effective bulwark against bad behavior by government.  Period.  There may be situational caveats to put on that point, but in too many areas of government activity, it’s an absolute condition.

As we now practice government, the Constitution doesn’t offer the people effective protection from government – and neither do the Republicans in political office.

This isn’t tearing Democrats apart, because the Democrats have opposed constitutionalism for a very long time.

It’s the Republicans it has to tear apart.  Because only Republicans – some of them – still care about constitutionalism, federalism, and limits on the purview of government.

In 2016, the dysfunction is compounded.  What compounds it?  A particular, situational dynamic of the political system, which can be outlined as follows.

Fighting to roll back the excessive power ceded to government is necessary to rescuing our future, as a nation and a people, from the inevitable outcome of our current status quo.  But conventional politics presents us only with champions who swim in the political status quo as their natural environment.  They are literally incapable of functioning outside of it.

So: the fighter, Donald Trump.  He doesn’t meet one single criterion that a political philosopher would look for.  No person who has one of the coherent, classical views of how the political state should operate thinks Trump is a consistent, reliable thinker – or actor – in that regard.

But he’s a fighter.  From the Republican primary season, only one other candidate had that reputation: [score]Ted Cruz[/score].  And interestingly, the Washington “establishment” was as disdainful of him as it is of Donald Trump.

Reality is what this “establishment” can’t seem to see.  Reality is that our current political status quo is not the ideal of limited, constitutional, federal government.  The status quo can’t claim that mantle today.  Sticking with the status quo now means giving up on the actual American political tradition.

A good number of Republicans think that trying to preserve the status quo must be Job One, if we are to “preserve” limited, constitutional, federal government.  They are wrong.  And, yes, there is a profound implication from that.

A separate, good number of Trump voters – largely Republican, but notably including independents and Democrats – sees clearly that the status quo of politics is now distorted, dysfunctional, and deliberately orchestrated against their interests.  Many of them, perhaps most, couldn’t give you a clear definition of limited government, constitutionalism, or federalism.  But they are not wrong about the actual, on-the-ground conditions of the status quo.  The old-consensus Republicans are.

Observe the differences in those two propositions.  None of us is even speaking now from a common frame of reference.  Of course the party is in disarray.

The Republican leadership speaks mainly in terms of an imaginary political condition that doesn’t even exist anymore.  The fans of Trump, who carries the Republican standard, speak in terms of the problems the existing political status quo is daily amplifying in their lives.

To reconcile these diverging frames of reference, something indispensable has to happen.  The principle of limited, constitutional, federal government has to win political fights.

The fights themselves are not optional.  The uniquely American political idea is always under constant attack, and the Democratic Party – unrecognizably extreme today – is now its most persistent assailant.  Hillary and the Democrats’ ever-more-radical base see the finish line in sight, and intend to win their political fight.

For the principle of limited government, there is no strategic rear somewhere to retreat into.  The only option is winning the political fight that’s shaping up right now.  And the end-state will not be the current status quo.

Prioritizing the status quo is simply a win for the Democrats and the juggernaut of state collectivism.  Only a fight can avert that.

But Republicans don’t fight.  They accuse Republicans who do fight – like Ted Cruz – of grandstanding, being antisocial and psychotic, and embarrassing the party.

A large plurality of the voters recognizes that a fight is necessary, and that old-consensus Republicans don’t fight.  They have flocked to Trump as a fighter – not because they relate to his personal character or lifestyle more than to [score]Paul Ryan[/score]’s or [score]Mitch McConnell[/score]’s, but because Trump takes punch after punch and stays on his feet.

They see what the old-consensus Republicans don’t seem to: that this is a fight, it can’t be redefined away, and it has to be won.

For what it’s worth, I don’t despise the old-consensus Republicans. I think most of them are doing the best they know how.  There’s an awful lot of orthodox triumphalism out there (e.g., on the hot questions of the hour, whether Christians or Jews should/shouldn’t vote for Trump).  But most people mean well.  They’re being sincere; they just don’t see clearly.

The same goes for Trump supporters.  There is a great deal they don’t see clearly.  To say that is emphatically not to tar Trump with brushes like anti-Semitism or “white nationalism,” for which there is no evidence about him personally.  I’m speaking instead of the structural analyses and implications of (some of) his signature policy ideas.  Trump is not a limited-government guy, in a philosophically consistent sense.  He doesn’t prioritize limits on government over the urge to tinker with the people’s affairs.

But he’s winning the hour for so many Republican voters because he is something the vast majority of Republicans are not: a fighter.

What has put the GOP in disarray is the fact dictated by blunt reality that a fight is necessary.  I hoped six months ago that we’d have Ted Cruz to unite the American principles of government with the fight.  We don’t.  And that will have consequences for how gracefully the fight can be pursued.

But old-consensus Republicanism can’t get the job done.  That’s what the Trump voters are right about.  When you don’t even understand that a fight is on – that a fight has to be on – you’re just in the wrong place. 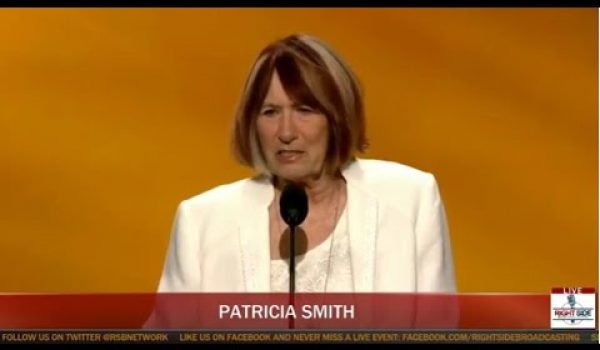 Trump guest at third and final debate should give Hillary some last-minute homework
Next Post
Cartoon of the Day: And the whiner is…