Charlotte station WSOC has a number of significant updates in the investigation of the circumstances leading up to the shooting death Tuesday afternoon of Keith Lamont Scott by a black police officer.

First is a tweet posted shortly after noon by reporter Mark Becker, who quotes unnamed sources confirming that a gun was recovered from the scene of the shooting and that the firearm, moreover, tests positively as having been held by Scott:

Second is that contrary to earlier reports suggesting Scott had no arrest record, documents from Bexar County, Texas, reveal that Scott was actually an ex-con. He had been convicted of aggravated assault with a deadly weapon in July 2005 and sentenced to seven years in prison.

At the time, he was also charged with unlawfully carrying a weapon, which puts the lie to his family’s claim that he had never owned nor carried a firearm. Here is a photocopy of the court summary of the case:

As reported in the Charlotte Observer (but buried at the very bottom of a lengthy post), Scott also has a criminal history in North Carolina and South Carolina, dating back to 1992. A public records search shows Scott was convicted in April 2004 of a misdemeanor assault with a deadly weapon charge in Mecklenburg County. Other charges stemming from that date were dismissed: felony assault with a deadly weapon with intent to kill, and the misdemeanors assault on a child under 12, assault on a female, and communicating threats.

In 1992, Scott was charged in Charleston County, S.C., with several different crimes on different dates, including carrying a concealed weapon (not a gun), simple assault, and contributing to the delinquency of a minor. He pleaded guilty to all charges. Scott also was charged with aggravated assault in 1992 and assault with intent to kill in 1995. Both charges were reduced, but the disposition of the cases is unclear.

Scott’s criminal record is significant in light of police reports that he was carrying a gun at the time of his fatal encounter with a police officer this week. Under federal law (18 U.S.C 922(g)(1-9)), it is illegal for anyone who has been “convicted in any court of a crime punishable by imprisonment for a term exceeding one year” to possess a firearm.

It’s time to change the narrative, because I can tell you from the facts that the story’s a little bit different as to how it’s been portrayed so far, especially through social media.

Cartoon of the Day: A Thug’s Life
Next Post
What the recording of Keith Scott’s shooting death by his wife really shows 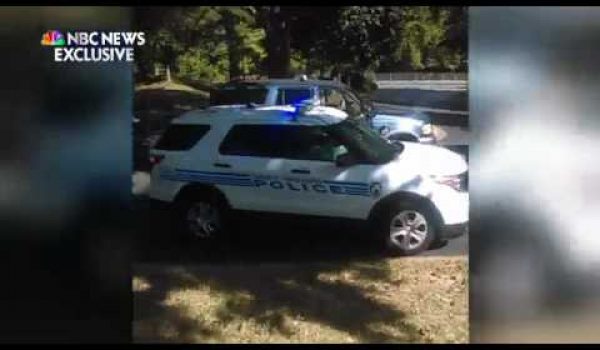