CNN contributor and progressive activist Sally Kohn criticized free speech advocacy during a Friday debate at the University of Missouri (MU), saying such advocacy was really just an excuse for attacking multiculturalism and other progressive attitudes.

Kohn was at MU as part of a two-day symposium on the topic of campus free speech. Kohn’s event was a debate with fellow CNN contributor Kirsten Powers, in which the two clashed about whether recent campus trends have been harmful to free expression.

Victoria Stroup, a student at MU, described the event in a piece for Campus Reform. She said Koch’s argument defended recent protests that seek to silence conservative speakers and events, arguing that those claiming to champion “free speech” are really just trying to give cover for regressive, anti-diversity views.

Kohn repeatedly attacked the “Koch-funded” Foundation for Individual Rights in Education (FIRE), a non-profit that has made a name for itself aggressively defending free speech rights for both professors and students. FIRE, she said, is simply part of a “broad conservative agenda” to protect conservative views, using free speech as a smokescreen.

Kohn also argued that disruptive protests, such as those aiming  to prevent a controversial guest from speaking, are a form of free speech themselves.

When Powers argued that speech should be protected because by itself it is never dangerous, Kohn countered by saying Powers — herself a liberal — failed to recognize her white privilege. Speech that seems harmless to middle or upper-class whites, she said, could be deeply threatening to poor and non-white communities. If somebody claims to feel certain speech is unsafe, Kohn said, they should be believed.

“Feelings are valid,” she said, according to Stroup. “I’m never going to argue with people’s feelings.”

Kohn also said it’s a good thing if conservatives feel unable to express their views for fear of encountering hostility from their peers or professors.

“If they feel like they can no longer speak against positive social change, good.” 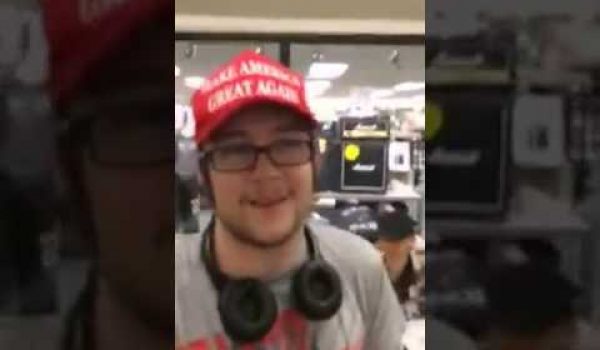