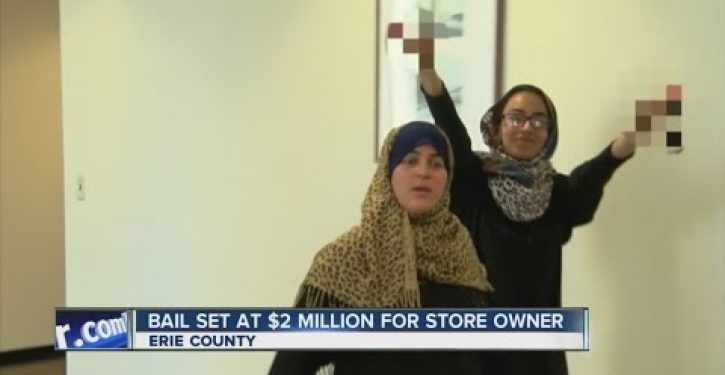 Tell someone he is being victimized often enough, and he will come to believe himself to be a victim. Exhibit A is white-on-black racism. While this brand of bigotry really exists — along with black-on-white racism and a host of other permutations — the victimist mindset has become so deeply ingrained in American culture, that anything nowadays can be considered racist. My colleague, J.E. Dyer, chronicled a number of the more absurd manifestations of this phenomenon in a recent column:

Peanut butter and jelly is, somehow, racist. Wearing white is racist. National parks with trees in them are racist. Liking white meat is racist. Disagreeing with Barack Obama on anything whatsoever is racist.

Shortly after September 11, 2001, liberals manufactured another form of bigotry, this one allegedly targeted at Muslims, especially those living in the U.S. They gave it the name Islamophobia.

One victim of Islamophobia in the news is Nadia Alhaj, who emigrated here some years ago from Yemen with her husband and daughters. The family took up residence in Buffalo, N.Y., where the woman’s husband, Ahmed Alshami, was arrested August 19. A deli owner, Alshami was arraigned four days later on charges of misuse of food stamps, third-degree burglary, and second-degree criminal possession of public benefit cards.

The crime puts Alshami in a bad light, but it in no way reflects on Muslims as a whole. Neither does Nadia Alhaj’s actions following her hubby’s arraignment, though they do demonstrate that she has swallowed the Islamophobic doctrine chapter and verse. As Breitbart notes, Alhaj looked directly into a news camera as she exited the courtroom and shouted, “Are you happy now? F*ck all of you. F*ck America.” In the video, which follows, her daughter behaves in a similarly victimist manner, flipping the bird at the camera.

In case you’re wondering, Alshami is being held on $2 million bail.

College offers 3-step program to salvation … for white incoming freshman
Next Post
Cartoon of the Day: Hillary’s test results are in