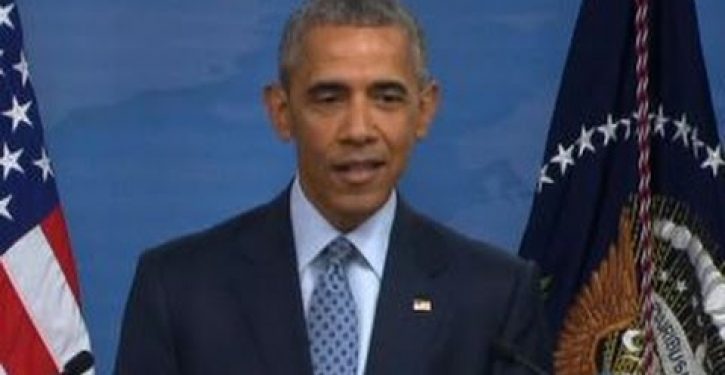 Donald Trump has said that the system is rigged. But you don’t need me to tell you that. The mainstream media run stories daily on The Donald calling the system rigged.

Politico ran a piece just this morning titled “Trump blasts ‘rigged’ Clinton system in first general election TV ad.” The Washington Post has done its part to spread the news, and so has The New York Times.

So fascinated is the Left with Trump’s claim of a rigged system that both FactCheck.org and PolitiFact have run the numbers on the candidate’s assertions to show how wrong he is.

Why, even the President of the United States called Trump out on his allegation, telling reporters at the Pentagon earlier this month, “Of course the elections will not be rigged. What does that mean?”

Here’s the video of his remarks:

Somehow, these same Democrats and their water carriers in the media were less alert or simply didn’t care when ex-Democratic candidate [score]Bernie Sanders[/score] made the same allegation, at the Democratic Convention no less:

And when he was still in the race, Sanders declared that “our economy is rigged”:

You know how else said the system is rigged — and not once but about a dozen times? You guessed it: The president himself. The good folks at Grabien put together this compilation.

Army prosecutors: Bowe Bergdahl’s ambition was to be a hitman for the Russian mob
Next Post
5 things to know about World Vision (beyond the millions it funneled to Hamas)