Several videos recorded during last night’s riot in Milwaukee, following a shooting death by police of an armed black suspect in flight, appear to show blacks hunting down white passerby and attacking them.

Multiple videos recorded by locals show a crowd of people apparently checking the race of passing drivers when deciding what cars they should attack. A collection of these videos were combined and uploaded to LiveLeak Sunday morning.

“Is they white?” someone can be heard shouting with regard a passing motorist.

“Yeah they white, get they ass!” shouts another. The shouts continue, with one crowd member saying, “Hey, they beating up every white person!”

The crowd appears to surround a certain car and strike at it, though the video makes it hard to see what damage, if any, is being inflicted.

The video isn’t the only evidence of racially motivated violence in Milwaukee. Other videos showed rioters chanting “Black power!” while a building burns, or while smashing up a car.

The rioting in Milwaukee was initially sparked by the above-mentioned shooting, but many locals claim it is also motivated by more systemic issues such as segregation.

In an interview with local news, one resident blamed rich people for not giving Milwaukee’s poor blacks enough money. 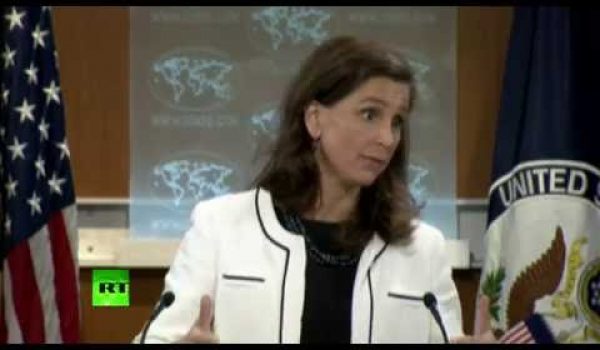 After State Dept. stonewalls on questions in re Clinton Foundation, one reporter loses it
Next Post
Forecast model that has been right in every election since 1988 predicts a Trump victory