There was a time when Democrats used to complain about America being asked to take care of everyone else’s defense needs, on an open-ended, “on call” basis.

Former Democratic Congresswoman Pat Schroeder of Colorado made a name for herself in national security in the 1980s riding just such a theme.  Her famous formula is captured in this delightful antique from the Orlando Sentinel in 1988:

…Rep. Patricia Schroeder, D-Colo…heads the special House panel examining the issue of who pays what.

”Our allies are doing less than they were in 1980 because President Reagan has been so quick to pick up the check,” she said. ”They’ve got a situation of ‘Dial 1-800-USA, and we come running.”’

Now our Democratic president seems to be running a global military-on-demand service.  And Americans seem to be inured not only to constant military responses, but to not even being in charge of what’s going on, and having our military act on whatever someone else wants.

That’s the best I can figure from the relative silence about the fact that we’ve started bombing targets in Libya this week.  If you didn’t hear about that, you’re probably having the average American experience.  There’s little about it in the MSM.

Fortunately, some outlets have picked it up.  As you’d expect, we’re bombing ISIS targets.  At least, we can hope we agree that they’re ISIS targets, since the Libyan Government of National Accord (GNA), the government we support, is picking the targets for us.  And for sure, nothing could go wrong there.

Neither Obama nor Defense Secretary Ashton Carter has made an announcement to the public about this.  The Chairman of the Joint Chiefs is in Turkey right now, and hasn’t discussed it for public consumption either.  There’s been nil heard from General Thomas Waldhauser, USMC, the commander of U.S. Africa Command, who took over AFRICOM on 18 July.

Interestingly, during his Senate confirmation hearings in June 2016, General Waldhauser acknowledged to Senator John McCain that he “was not aware of any overall grand strategy” to defeat ISIS in Libya.

It’s unlikely that such a strategy has been developed in less than six weeks.  The more probable conclusion is that we have no such strategy, and we’re just hiring out our strike-fighters – or, more accurately, providing them pro bono – to see if we have a tool that fits the Libyan GNA’s problem.

If you think that has been the basis on which the U.S. has conducted military operations in the decades since World War II, you’re very wrong.  Merely responding to tactical requests here and there, as a hired gun for the odd government we happen to like at the moment, has not been how America has historically put at risk the blood of our fighting men and women.

Both Republicans and Democrats have complained over the years that their political opponents were coming perilously close to doing that, or even that they were in fact doing it – but those latter claims, especially, were political exaggerations, for the most part.  Reality has always before cycled back to the principle that we don’t do things that way.  The American people are understood to have the right to demand better, and to expect it.

If we’re going to fire in anger, we have a purpose of our own.  We act according to that purpose, and – here’s the kicker – the commander-in-chief explains it to the American people.  Under no circumstances do we send our troops off to respond on another government’s, or any other entity’s, military timeline.  The president stands up and holds himself accountable, not only for every drop of American blood, but for the reason we are blowing things up and killing people.

(After Vietnam, Caspar Weinberger, Reagan’s secretary of defense, famously encapsulated a set of “rules” for using U.S. military force as the “Weinberger Doctrine.”  The principle I’ve just outlined is detectable in Weinberger’s rules.  Colin Powell reiterated a similar set of rules as the “Powell Doctrine” in the prelude to Desert Storm.)

But today, we are seeing none of the evidence of bona fides from Obama that we have a right to expect, in the inauguration – once again – of air operations in Libya.  As with our air ops in Libya in 2011, the only official notification to the public has been from the Pentagon’s press spokesman, now Peter Cook, who addressed it in the DOD daily briefing on Monday.

Well, he sort of addressed it.  He said we were doing it, and then refused to answer any questions about it.  Here’s a sample of a reporter trying to pry information out of Cook:

Q:  I’m just going to ask all of my questions again, since you didn’t actually answer any of them.

But — so when — if you don’t want to say when the GNA put in a request, when did the U.S. approve the GNA request?  How long will this campaign continue?  And how exactly will the U.S. vet the targets that presumably the Libyans will request that the U.S. strike?

COOK:  I’m not going to get into the specific details about the timing of the requests or the approval.  But it’s — other than to say that it has been in recent days.

And this follows, again, a conversation — an ongoing conversation with the Government of National Accord.  The specific targets will be precision targets.  These are targets that the GNA, as we’ve indicated, has already made progress on the ground — significant progress on the ground against ISIL in the Sirte area.  But they’re precision targets which they’ve asked for our assistance with in which they have had more trouble.

I suggest recalibrating your political ear, because we should be very concerned about this situation.  There’s no excuse for the public discussion of U.S. bombing in Libya to be “about” the Pentagon’s reluctance to disclose when the GNA asked for help, and what kind of targets they want us to strike for them.

Don’t even get bogged down in parsing whether Cook should be forthcoming about those questions.  The point is, we should have heard a statement of U.S. national interests and intentions from Obama on this.

Military force is a big effing deal, as our vice president would say.  You don’t just sling it around like bug spray.  It’s a sacred trust accountable to the people.  It’s not just a routine reaction to events; it’s a deadly breach of the status quo that requires a moral purpose.

Of course, since Obama agreed to subvert that longstanding tenet of U.S. policy by becoming Putin’s butt-boy in Syria, it seems all bets are off.  We can now expect to see our armed forces dispatched anywhere, with little or no explanation, to serve the purposes of other nations.  Or even of tribal-Islamist proto-governments that don’t even control their “own” territory. 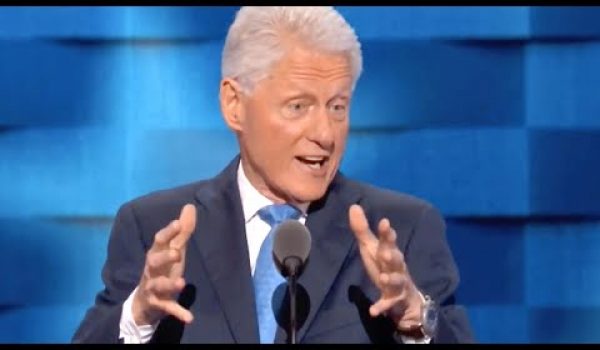