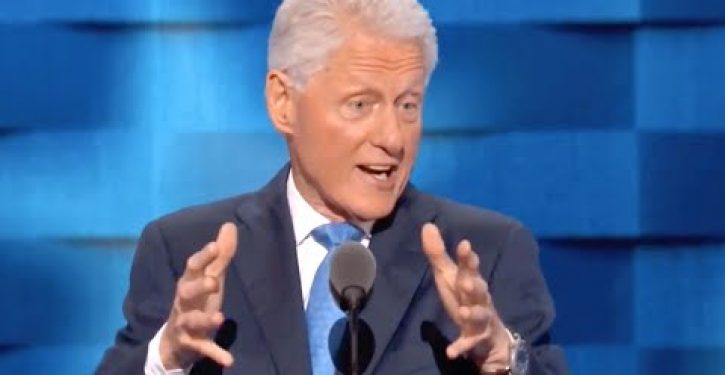 Bill Clinton’s address to the Democratic National Convention in Philadelphia this week was supposed to humanize Hillary, make her more relatable, and shift the focus away from her perpetual lies and scandals.

“So your only option is to create a cartoon, a cartoon alternative, then run against the cartoon,” he said. “Cartoons are two-dimensional, they’re easy to absorb.”

Political cartoonist Michael Ramirez decided the words “your only option is to create a cartoon” constituted a challenge, and he accepted.

What he created was a devastating cartoon called “Taking up the Bill Clinton ‘Hillary Cartoon’ challenge.”

Wow – Those are a lot of scandals and lies for one person to be associated with.

Comment: What are your thoughts? Is Hillary really just a cartoon that others created, or is she a very real, scandal-plagued liar?