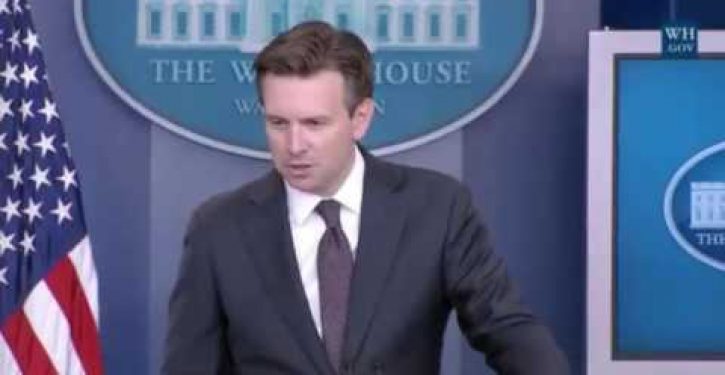 Speaking of speeches and conventions, one of the more audacious lies Barack Obama has told was the observation he made in his keynote speech at the Democratic National Convention in 2004 that “there is not a black America and a white America and Latino America and Asian America — there’s the United States of America.” But his words and actions beginning with his first term as president in 2008 reveal his true convictions.

His partisanship has shown through again in his rejection of multiple requests that he light up the White House in blue to honor the police officers who were slain in Dallas and Baton Rouge.

I’ve asked you about this previously. It seems to be such a very small but potentially powerful gesture that would take so little and would mean so much to so many, and I’m just wondering if there might be any reconsideration, especially given what has now just happened again in Baton Rouge?

Earnest replied by enumerating the many things Obama has done to show support for law enforcement.

The president did travel to Dallas, to attend the memorial service for the five Dallas police officers who were killed. After the service, the president spent time meeting with the families of the each of the officers who was killed….

What seems to be missing from Earnest’s defense of Obama is his recognition of the underlying message. When the Supreme Court decided in favor of legalizing same-sex marriage, Obama wasted no time flooding the presidential mansion in rainbow colors. His refusal to show the same consideration for police across the nation speaks volumes about where his allegiances really lie.

Investigation reveals the Clinton Foundation was set up to be corrupt
Next Post
Cartoon of the Day: Trumping ISIS