The U.S. Supreme Court just made it easier for individuals and companies to challenge federal agencies’ authority to regulate private property under federal law — a decision with huge implications for a major Environmental Protection Agency (EPA) regulation.

Chief Justice John Roberts sided with Hawkes Co., a family-owned business in North Dakota that wanted to extract peat from wetlands it owned in northern Minnesota. The court said Hawkes could immediately challenge a federal agency’s decision to prevent the agency from using its private property.

“The Supreme Court ruled that wetlands ‘jurisdictional determinations’ can be immediately challenged in court,” Hopper said. “Everyone who values property rights and access to justice should welcome this historic victory.”

Hawkes, which provides peat for golf courses and sports fields, was prevented from harvesting peat from its property after the U.S. Army Corps of Engineers ruled that the wetlands the company wanted to harvest from were under federal control. That means Hawkes would need a special permit to harvest peat from its own property.

PLF challenged the ruling on the business’s behalf and successfully argued Hawkes should be able to challenge the Corps’s determination.

Up until now, Americans had no right under the Clean Water Act to immediately challenge such a ruling by federal agencies. For years, people could only appeal a decision after they had completed the permitting process — a long and costly process.

“For more than 40 years, millions of landowners nationwide have had no meaningful way to challenge wrongful application of the federal Clean Water Act to their land,” Hopper said. “They have been put at the mercy of the government because land covered by the Act is subject to complete federal control.”

“But all that changed today,” he added.

Roberts wrote in his opinion that property owners should be able to immediately challenge agencies asserting control over private property. Waiting until the permitting process is over “can be arduous, expensive and long,” the chief justice added.

More importantly, the court’s decision could touch upon the EPA’s newest water regulation. EPA issued a rule last year greatly expanding its authority under the Clean Water Act, which gives the agency more power to regulate bodies of water on private property.

House Republicans introduced legislation in January to repeal the EPA’s water rule. Some 32 states are also suing the EPA to get federal judges to strike down the rule.

EPA officials have gone to great lengths to try to convince lawmakers that their “waters of the United States” rule didn’t expand the agency’s powers or create any new permitting requirements for farmers and others most affected by the rule.

“The final rule doesn’t create any new permitting requirements for agriculture, maintains all previous exemptions and exclusions, and even adds exclusions for features like artificial lakes and ponds, water-filled depressions from construction, and grass swales — all to make clear our goal is to stay out of agriculture’s way,” EPA Administrator Gina McCarthy wrote in a May 2015 blog post.

States are worried that the rule would erode their own authority to regulate waters and open residents to massive fines from EPA — indeed there were already news stories floating around about private landowners facing huge fines for digging in their backyards.

“The results of this rule will carry a tremendous cost to our state, our economy, and our families,” South Carolina Attorney General Alan Wilson said in a statement announcing the state’s intention to sue the agency. “Road project mitigation costs alone could range from $180,000 to $2.8 million or fines of $37,000 per day.”

Hawkes’s Supreme Court victory could make it harder, as a practical matter, for EPA and the Corps to bring more waters under federal control.

“This victory guarantees the rights of millions of property owners nationwide,” said Hopper.  “As we argued to the court — and as the court agreed today — when landowners are confronted with federal claims of jurisdiction over their property, they must have their right to their day in court.  So today’s ruling is a triumph for property rights, for simple fairness, and for the rule of law.” 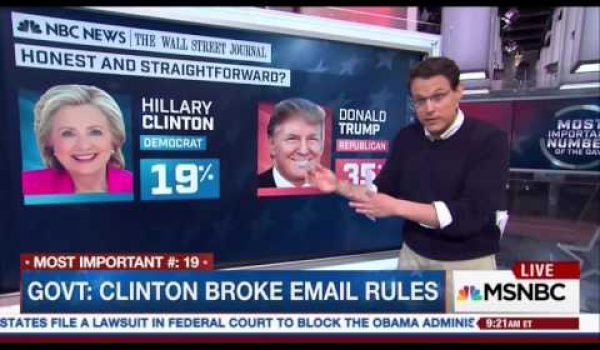 What two words are most associated with Hillary Clinton? A new poll provides the answers
Next Post
Secret laws passed in the U.S. spike under Obama