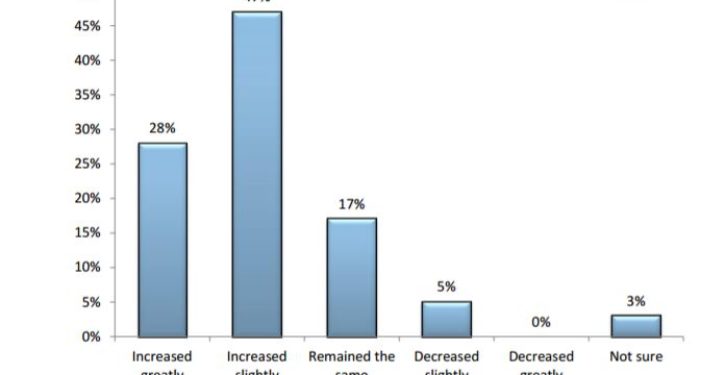 Read it and weep. Wait, on second thought, don’t weep — at least not if you’re a man. Weeping at bad news is a pretty womanish thing to do.

The news, via a YouGov poll, is that nearly 1 in 5 males in the U.S. between the ages of 18 and 30 identifies as more feminine than masculine. Our brethren in the U.K. (if brethren is the right word) are even worse off:

Color me skeptical, but I believe some of this is attributable to the high visibility of the “gender wars,” coupled with the general tendency of young people to be both liberal and impressionable. College-age millennials in particular are fairly drenched in this liberal orthodoxy, both directly (in campus protests in support of gender-neutral bathrooms) and indirectly (in such decidedly non-masculine notions as “safe spaces”).

Red Alert Politics in its own analysis of these data finds the glass half full:

Until now, conventional wisdom had held that millennials were redefining gender roles. Now, it appears that the men of our generation are rejecting gender roles altogether. And plenty of women are doing the same: The same YouGov study found that 12 percent of women identify themselves as more masculine than feminine.

Snoop Dogg tells fans to boycott ‘Roots’: ‘Let’s create our own sh*t based on today’
Next Post
N.C. high schools will end practice of naming a valedictorian because … well just because