Local reporting indicates that the Iranians aren’t just bringing some troops in to northern Iraq, as they have been working on for some months now.  They’re constructing a literal military base, moving in arms and ammunition and setting up missile launchers.  The latter would mean at a minimum that they’re fortifying the base and intend to protect it.  It could mean more.

Reportedly, the Iranians are tunneling as well:

Speaking to Asharq al-Awsat, Baran Berikan, the council member of the Party of Free Life of Kurdistan (PJAK), allegedly an offshoot party of Kurdistan Workers’ Party (PKK) in the Iranian Kurdistan, said that Iran has started conducting military activities near Mount Suren in Sulaymaniyah province which is an old base of the Iranian army.

Berikan revealed that the border entrances in the area have been shut down due to the movement of the Iranian army and the transportation of arms.

Asharq al-Awsat also reported that Iran has resumed working on the old tunnel through mountains to facilitate and secure the transport of the military supplies.

The Revolutionary Guards Corps (IRGC) is overseeing the operation, which is taking place in the Said Sadiq region of Sulaimaniyah Province (see map).

I don’t have time in this post to fully develop this move by Iran.  But it’s big.  This isn’t just about the battle for Mosul, although it will certainly make a difference to Iran’s ability to bring combat power to bear there.  It’s not just about hemming in the Kurds either.

It’s a huge strategic and political development, indicative of both Iranian intentions and how the winds are blowing in Iraq’s national government, which still retains nominal sovereignty over the area.

Even in today’s Middle East, one nation doesn’t just set up a military base in another, putatively friendly nation, without some kind of permission.  This wouldn’t be happening without tacit Iraqi consent – at least by the central government, which is dominated by Iran-friendly Shias.

Iraqi Sunnis are another story.  There are several permutations of what the political consequences could be for Iraqi unity, which is already in tatters.  Apparently, neither the Haider Al-Abadi government in Baghdad nor Iran’s leaders are worried about containing the potential problems.

Putting this military base in is a move to the next level: a complete abandonment of perfunctory homage to the status quo.

There’s a lot more to say on that head, but no time to say it tonight.  At the military-strategic level, I’ll note the following points.  Iran now appears to have a special-purpose facility in northwestern Syria, quite possibly connected with nuclear materials and related activities, and a base in northern Iraq at which tunneling and missile activity have been reported.

This isn’t small-ball.  Iran is engaged in doing what some of us have predicted for several years now: establishing, by degrees, a military infrastructure from the Zagros Mountains to the Mediterranean, which will allow the Iranians to be the major power factor in the region.

The reports of missile-related activities in Said Sadiq are particularly ominous.  The top two reasons for that:

1. If the missiles being set up right now are anti-air missiles, U.S. air operations in northern Iraq are about to become something between too complicated and impossible.  If Obama ignores that new condition, he ought to be impeached and removed from office forthwith.  If he crawls away from it without being straight with the American people as to why (i.e., quietly shuts down our air ops in the area), that won’t be a whole lot better.  But it might save American lives.

2. If the missiles are short-range ballistic missiles (SRBMs) – e.g., Scud variants; Iran’s Fateh-100 – Iran is setting up to dominate the entire battle space.  Not just to bolster her border posture in the Kurdish area, but to project power across northern Iraq and into Syria.  Given Iran’s heavy presence in Syria already, this power outreach would be in the nature of a link-up, both flanking ISIS in Mosul and dominating the Kurds in their already-surrounded terrain.

With the reported tunneling underway, it’s quite possible Iran will bring in SRBMs in secret within weeks, if they haven’t been brought in already.  Iran could also store her systems inside mountain tunnels, making them impossible to attack without a significantly greater effort by the U.S. – one that frankly, in our readiness state today, is beyond our capacities.

This is a done deal, effectively, although Turkey won’t just sit by and watch it happen.  Erdogan’s countermove will be a key thing to watch for.  A pressure-cooker for the Kurds seems virtually guaranteed.

Meanwhile, Iran is dominating the “Iraqi” attempt to retake Fallujah from ISIS, with Qassem Soleimani, head of the paramilitary Qods Force, reported to be on-scene coordinating the fight there.  I’ve written before about the import of this.  The more the Iranians consolidate a military presence in the Euphrates Corridor, using the excuse of beating back ISIS, the closer they are to dominating Anbar Province and forging a path from Baghdad to the Jordan River.  The second map shows the Anbar gateway.  (Mentally add an Iranian beachhead up in Sulaimaniyah, and you can see how Iran is oozing into Iraq and taking effective control of territory.  Note: The caption here is from prior use of the map in other posts, and can’t be changed without affecting them.  Don’t be confused by it.)

The only thing that surprises me a little is how quickly this shift has emerged in concrete material terms, since its outlines became clear a year ago.  Iran is moving – by Iranian standards – very fast.  Are the mullahs trying to get as much done as they can while Obama is still in office?

The region badly needs the conventional, pre-2009 use of American power.  But that isn’t going to happen.  Up in Irbil, and embedded with the Kurds, are bad places for our troops to be right now.  Even if the Inherent Resolve commander can thread the needle and avoid a catastrophe in this crazy-quilt battle space, the face of the region is already changing in ways that can’t be un-changed without major bloodshed. 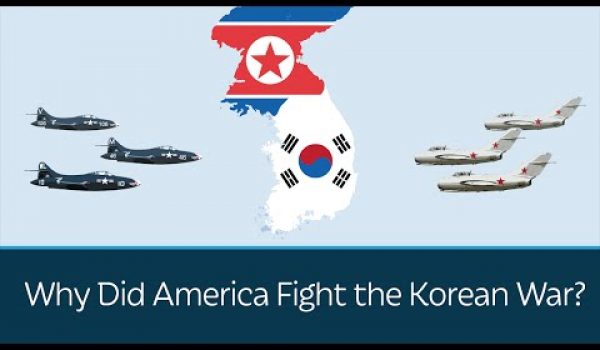 Video: Prager U on why America fought in Korea
Next Post
Hillary, not Sanders, is the one who should drop out