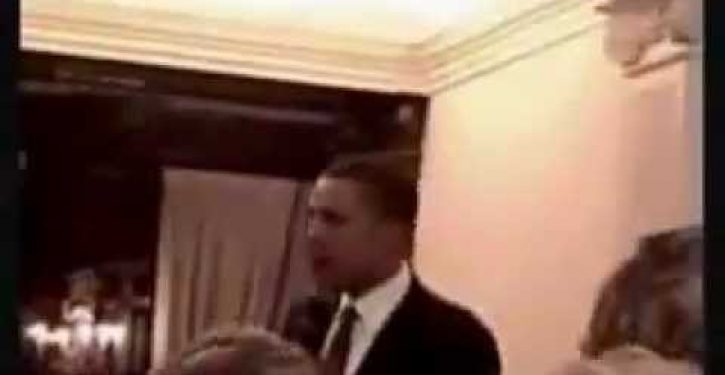 Both Barack Obama and Hillary Clinton claim to be Christians, yet they are both intent on banning access to firearms and ammunition from law-abiding Americans.

Who can forget when Obama declared that “bitter Americans cling to guns and religion and antipathy towards people who aren’t like them as a way to express their frustrations.” Since then, he has sought at every turn to circumvent the constitutionally protected “Right to Bear Arms.”

And, who can forget Hillary’s answer in The New York Times about her favorite book:

If you had to name one book that made you who you are today, what would it be?

At the risk of appearing predictable, the Bible was and remains the biggest influence on my thinking. I was raised reading it, memorizing passages from it and being guided by it. I still find it a source of wisdom, comfort and encouragement.

Yet, her daughter assures everyone that with Justice Scalia out of the way, Hillary will be able to gut the Second Amendment.

Perhaps, however, if any of these three actually were what they claim to be, and know and follow what the Bible says, they wouldn’t be such terrible actors.

God’s definition of the right to life and one’s right to protect it is clear — throughout both the Old and New Testament. God created laws and government to restrain evil and promote that which is good. The Ten Commandments were the initial guide for right conduct, but numerous civil and criminal laws were enacted and enforced through Moses and the court system he established with judges. These laws became the basis for Western law, including laws governing self-defense, personal injury, property rights, and much more.

Exodus 22:2 instructs homeowners that they are not guilty of murder, (prohibited by the Sixth Commandment) if they kill a thief who is breaking and entering into their home or stealing his property. And, throughout the Bible, using a weapon is required for self-defense.

Nehemiah, a man chosen to rebuild the wall of Jerusalem, was protected and armed by the Persian king Cyrus. Cyrus made sure that he and his men were armed. Every man “wore his sword girded at his side” (Neh. 4:18)– while they were building a wall.

Jesus affirmed the Old Testament laws, and as was recorded by his disciple Luke said, “When a strong man, fully armed, guards his own house, his possessions, are undisturbed.” (Luke 11:21).

Exodus 22:2 acts as the basis for the U.S. law known as the Castle Doctrine. In 23 states, this doctrine includes “Stand Your Ground Laws,” and in some states, both apply to a person’s home office, vehicle, or yard/land/property surrounding the home.

The Framers understood that self-defense is a God-given right, which to them meant it is an inalienable right.

Constitution signer, John Dickinson, defined an inalienable right as that “which God gave to you and which no inferior power has the right to take away.”

The Framers of the Constitution established the foundation for American law, and its primary purpose, to protect the individual’s inalienable rights, which are further detailed in the Bill of Rights. The Declaration of Independence states:

We hold these truths to be self-evident: That all men are created equal; that they are endowed by their Creator with certain unalienable rights; that among these are life, liberty, and the pursuit of happiness; that, to secure these rights, governments are instituted among men.

Here is what some of the the Founders said about guns:

One of the things which I wish to have them taught – and which no man can teach better than you – is the use and management of firearms. This must undoubtedly be done with great caution, but it is customary among us – particularly when children are under the direction of ladies – to withhold it too much and too long from boys. The accidents which happen among children arise more frequently from their ignorance than from their misuse of weapons which they know to be dangerous.

Adams advused his brother take his sons out with him on shooting excursions, to learn how a musket and pistol were built, how they worked, “the prudence in handling [them],” and to practice shooting firearms by “firing at a mark” to better their aim, accuracy, and skill.

Richard Henry Lee, a signer of the Declaration of Independence, declared:

[T]o preserve liberty, it is essential that the whole body of the people always possess arms, and be taught alike, especially when young, how to use them.

And, Thomas Jefferson’s advice to his fifteen year-old nephew included:

In order to assure a certain progress in this reading, consider what hours you have free from the school and the exercises of the school. Give about two of them, every day, to exercise; for health must not be sacrificed to learning. A strong body makes the mind strong. As to the species of exercise, I advise the gun. While this gives a moderate exercise to the body, it gives boldness, enterprise, and independence to the mind. Games played with the ball, and others of that nature, are too violent for the body and stamp no character on the mind. Let your gun therefore be the constant companion of your walks.

One of the original members of the U.S. Supreme Court, James Wilson, also a signer to the Declaration of Independence, explained that a man not defending his home was negligent:

Homicide is [required] when it is necessary for the defense of one’s person or house … Every man’s house is deemed, by the law, to be his castle; and the law, while it invests him with this power; [places] on him the duty of the commanding officer [of his house].

Every man’s house is his castle … and if anyone be robbed in it, it shall be esteemed his own default and negligence.

According to the Bible, men are required to protect themselves, their families, their homes, and their possessions — and if they choose not to, they are negligent. The “right to bear arms” is not only a constitutionally protected right but a biblical command. Christians are instructed not to commit murder, and to kill only in the process of self-defense.

Perhaps both Obama and Clinton need a history lesson and instruction on what “clinging to religion and guns” actually means according to the Bible. For Christians, this entails the opposite of Islamists who steal firearms to intentionally destroy Western civilizations. The “Right to Bear Arms” is a commitment and obedience to protecting one’s right to life – an inalienable right– that God requires be protected from harm.