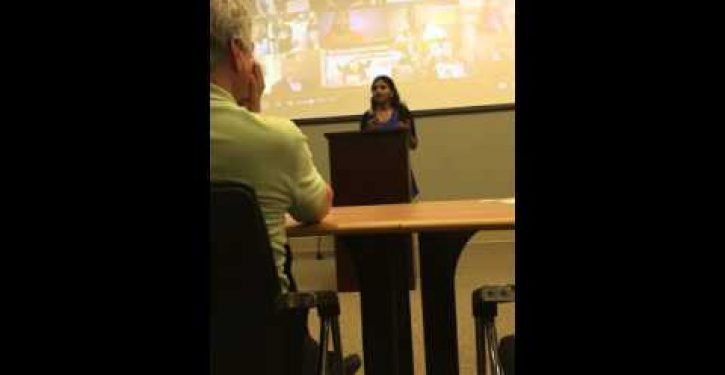 It’s beginning to sound like an auction, except that auctions are generally places where rich people go to bid on stuff they don’t really need.

Remember last month, when a $147 billion budget deal in New York that included a job-killing hike to a $15 per hour minimum wage didn’t seem to satisfy radical leftists? When, rather than celebrating their “Fight for $15” victory, instead complained it should have been $20 an hour?

We’ll, it wasn’t a joke apparently.

The leader of a union-funded minimum wage advocacy group was recently caught on video saying “$15 is not a livable wage” and that people need to start “talking much higher $17, $21.”

Via the Daily Caller:

The leader of a group fighting to raise the minimum wage to $15 an hour revealed she actually wants an increase that goes much higher, according to a video released Wednesday.

The Restaurant Opportunities Centers United (ROC) has done a lot to advocate for the $15 minimum wage. It is one of many union-funded groups that has pushed for the policy both locally and nationally. ROC Founder Saru Jayaraman told a small group April 28 in North Carolina that $15 is not enough, and advocates should be looking to go much higher.

“If you are taking into account child care and transportation and everything that people need to live,” Jayaraman said in the video, which was provided to The Daily Caller News Foundation. “You are talking much higher $17, $21. So $15 is not a livable wage and I don’t think anyone, I hope no one is claiming that it is. I wouldn’t think that it is even here in North Carolina.”

Why not just pay people eleventy billion dollars an hour? Or pay their wages in unicorn fur? Both are equally as realistic.

It’s clear from this video that their true motives are to make the minimum wage even higher, which would eliminate even more jobs and significantly weaken our economy.

Cartoon of the Day: Red fish, blue fish, go fish
Next Post
When liberals start going off the reservation, maybe it’s time to disband the tribe