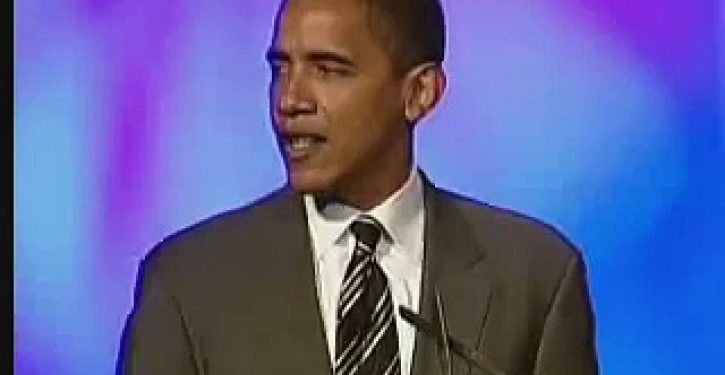 If you weren’t sure we live in a time of great absurdity, we can probably settle that question right here.

A few days ago, Hillary Clinton and New York Mayor Bill de Blasio perpetrated a cringe-worthy, apparently scripted joke about “C.P. time,” or “colored people time” — a reference to black people supposedly having a lackadaisical attitude about timetables and appointments.

LU contributor Rusty Weiss pointed out (I’m embellishing a bit here) that a Republican who was stupid enough to do that would already be suited up for his waterboarding at an undisclosed CIA facility in Antarctica.

Naturally, Clinton and de Blasio couldn’t just annoy us with the original faux pas.  They had to have a finger-pointing contest afterward.  Mr. de Blasio explained that Hillary knew all about it before hand.  Hillary, huffing and puffing, dragged de Blasio under the bus.

NPR stumbled all over itself to excuse the Democratic comedy team, characterizing the solecism as a matter of “unfortunate timing,” and implying that the politicians’ real mistake was (ATTENTION! *NOT KIDDING ALERT*) “trying to be funny.”

Now the vigilant research demons at Mediaite have dug up Senator Barack Obama making, in effect, a “C.P. time” joke of his own back in 2007. (h/t: BizPacReview.)

Obama was late to an appointment to address a group of black journalists in Seattle, whereupon he lobbed his “black enough to be late” joke.

Mediaite has the transcript:

I want to apologize for being a little bit late. But, you guys keep on asking whether I’m black enough. (laughter) Uh-huh! That’s right! So, I figured I’d stroll in about ten minutes after the deadline. (laughs) I’ve been holding that in my pocket for awhile.

Context is everything, though, as evidenced by this clip of then-Senator Barack Obama addressing a group of black journalists in 2007, in which he nails the same theme and the crowd eats it up…

That “all in the family” context makes all the difference in the world, and while Bill Clinton and Hillary Clinton have long been guests at the family barbecue, lately they’ve been knocking over the potato salad.

Give me a break.  “All in the family”?  (Talk about unintentional irony.)  We all know exactly why Obama gets a worshipful notice about his racist joke; Clintons and de Blasios can get a few lighthearted slaps for “knocking over potato salad” (which sounds suspiciously like one of those dog whistles we hear so much about); but a Republican wouldn’t have to say anything even vaguely resembling such a joke, yet could still be accused of a “deeper truth” that he had implied the joke in a vicious, mean-spirited way, and then be hounded as if he had done it for months on end.