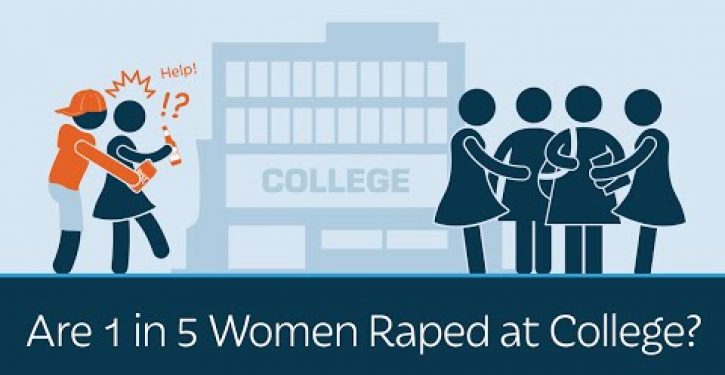 It’s a horrifying statistic. According to many politicians and pundits, colleges and universities across America have become breeding grounds of sexual assault, where one in every five women will either be raped or will fight off an attempted rape during her time as a student.

How could such a culture of sexual violence have developed in the halls of progressive academia? In the video below, Caroline Kitchens of the American Enterprise Institute examines the one-in-five “rape culture” statistic — where it came from, who cites it, and why it should trouble you.

Watch the video, and see how this unfounded claim not only damages the quality of education at our colleges and universities but also shamefully destroys the lives of the accused and violates one of our most important constitutional protections by assigning guilt without due process.