The Boston Globe’s Sunday edition this week included a fake front page that portends the sort of dystopia that would become a reality here and around the world if Donald Trump were elected president.

The headline of the paper read “Deportations To Begin,” and the fake story beneath it described President Trump calling on Congress to triple the number of Immigration and Customs Enforcement agents in order to facilitate the removal of millions of illegal immigrants.

The story included references to an Attorney General Chris Christie, and also noted that Fox News anchor Megyn Kelly has been placed on a White House blacklist that for some reason required her to report on the news from a sports bar near New York’s Rockefeller Center. The story also suggested that deporting 11.3 million illegal immigrants would cost roughly $400 billion and require 900,000 ICE agents.

Besides the main story, other stories and details contained on the fake front page include:

“This is Donald Trump’s America,” a small editor’s note at the bottom read. “What you read on this page is what might happen if the GOP front­runner can put his ideas into practice, his words into action. Many Americans might find this vision appealing, but the Globe’s editorial  board finds it deeply troubling.” The paper then invited readers to read a normal editorial denouncing Trump deeper inside the paper.

That editorial described the satirical front page as “an exercise in taking a man at his word”:

[Trump’s] vision of America promises to be as appalling in real life as it is in black and white on the page. It is a vision that demands an active and engaged opposition. It requires an opposition as focused on denying Trump the White House as the candidate is flippant and reckless about securing it.

Near the end, the editorial said that nominating Sen. Ted Cruz instead of Trump is not the answer, as Cruz is “equally extreme – and perhaps more dangerous.” Instead, the paper advised the GOP should use a brokered convention to choose a nominee such as Paul Ryan or Mitt Romney. 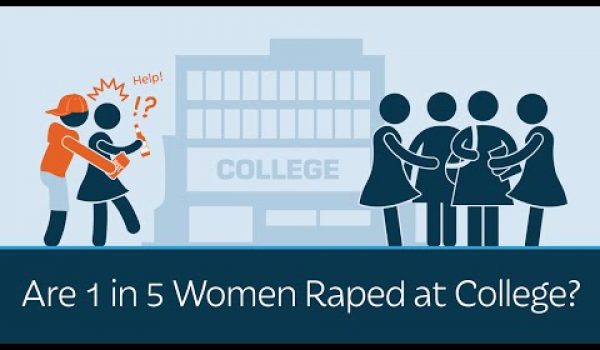 Video: Prager U examines impact of claim 1 in 5 women raped at college
Next Post
#DoYourJob: Obama tweets out reprimand to Senate Republicans before braving elements to do this