With the amount of baggage in his closet, Richard Wayne Edwards could be a suitcase salesman by trade. Instead he is mayor of Buckhannon, W.Va. where he is currently running for re-election.

Edwards knows all about running. In 2001, he was cited by the Alamo Area Narcotics Task Force for possession of marijuana and grow-house paraphernalia in San Antonio. With charges pending, he hit the road, landing in Buckhannon, where the political neophyte became city recorder in 2014, and then mayor.

In addition to an outstanding arrest warrant for the drug charges, Edwards also faces questions back in Texas about his alleged misuse of a city gas card and two unverified college degrees from the Lone Star State.

Bexar County District Attorney Nico LaHood said his office did not pursue extradition because of the small amount of drugs involved. But he said charges would be pressed if Edwards returned to Texas.

Edwards says he wants to resolve the matter, but has no intention of coming back. “[It’s] not a top priority,” he said.

“If I don’t get elected, what difference does it make?” he told the San Antonio Express-News, while complaining of a “witch hunt” against him in Buckhannon.

“I get it. He’s playing the political game,” LaHood responded. “This guy thinks a little bit too much of himself.”

More controversy followed Edwards in West Virginia. He claimed on LinkedIn that he earned bachelors degrees from the University of Texas-Austin and the University of Incarnate Word in San Antonio. Neither school could confirm he attended.

“Lying about a college degree is obviously wrong. If it is this easy to lie without blinking an eye about two degrees, then just how easy will it be to lie to your constituents or your fellow members of city council?” says David Taylor, a retired lawyer and native of the Buckhannon area.

Edwards is accused of repeatedly using a municipal gasoline card to fuel his personal vehicle, and double charging some of the purchases with city reimbursement forms.

A citizen’s complaint was filed this month with the West Virginia Ethics Commission. Under state law, neither the complainant nor the commission can discuss matters under investigation. West Virginia State Police reportedly are looking into the case, as well.

Edwards did not respond to Watchdog.org’s request for comment.

On a 3-2 vote Monday night, the City Council declined to call for Edwards’s ouster amid a large crowd of anti-Edwards protesters gathered at the special meeting. Buckhannon’s charter authorizes only the local circuit court to remove elected officials.

“My problem [with Edwards] is his character — for fleeing Texas, for attacking people,” says Michael Cowger, one of three candidates challenging Edwards in the May 10 mayor’s race.

“He said he would not run for office and would not raise city fees. He’s done both,” said Cowger, a local businessman who served on the city’s Board of Zoning Appeals.

Edwards won the recorder’s race by 20 votes out of 846 ballots cast in 2014. When Mayor Kenneth Davidson resigned for health reasons, Edwards assumed the position, per the city’s code of succession.

The top vote-getter in the four-way mayoral contest will win the seat. No runoff is required. 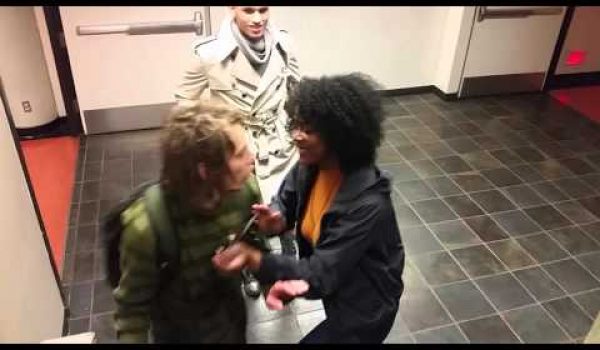 White college student accused of cultural appropriation over this microaggression
Next Post
Cartoon of the Day: Political bull