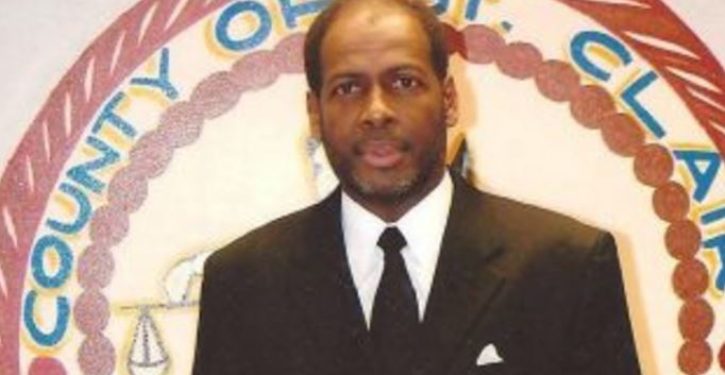 The event he was referring to was a mass shooting, this one at Umpqua Community College campus in Roseburg, Ore. The catalyst for the president’s remarks was the nation’s lack of “common sense gun legislation.”

It’s bad enough for a nation’s leader to exploit a heinous crime to score political points. It’s worse when that leader is selective about which crimes he exploits.

As Austin NBC affiliate KXAN explains, Najarro is accused of luring a 12-year-old female neighbor into his home Nov. 1 on the pretext of adjusting his TV. Once the child was inside his home, the victim alleges, Najarro sexually assaulted her. The girl is now pregnant.

Najarro, who was been booked into Hays County Jail March 24, is being held not only on suspicion of aggravated sexual assault of a minor but on an “immigration detainer.” Najarro, it turns out, is in the country illegally.

This is hardly the first crime committed in the U.S. by an illegal immigrant. In fact, such crimes happen relatively often, yet Obama never mentions them, much less issues a public edict to the effect that “each time this happens I am going to say that we can actually do something about it.”

When Kate Steinle was murdered in San Francisco by an illegal alien with seven felony convictions, Obama was silent. He uttered not a word about the senseless slaying or the fact that the killer had been deported one five separate occasions. He had nothing to say about the risk imposed by sanctuary cities, of which San Francisco is one.

If anything, his position on the presence of foreign nationals who sneaked into the country is the opposite. He has been lax on deportation and has sought throughout his two terms as president to provide a path to citizenship for these lawbreakers.

Obama has acknowledged when it serves his needs to do so that the U.S. is a country of laws. It is the job of the president to enforce all of those laws, not just the ones he chooses to enforce.