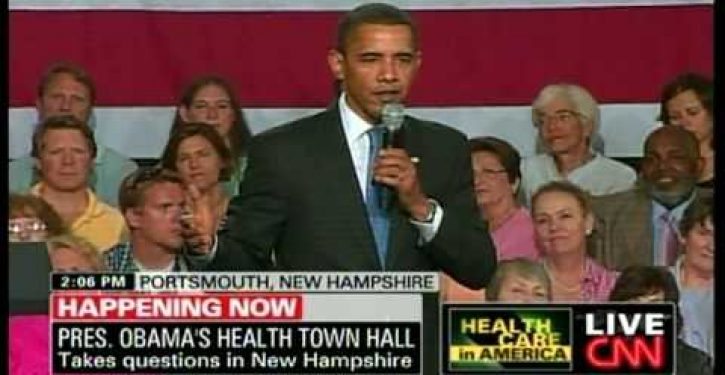 It’s OK, though, because — as Barack Obama will tell you — doctors are a bunch of overpaid, money-grubbing leeches who perform needless surgery to further line their overstuffed pockets.

According to a Daily Caller News Foundation investigation, federal health officials are denying medical reimbursements to doctors and hospitals that have served patients insured by failed Obamacare health insurance co-ops.

Instead, the bloated Centers for Medicare and Medicaid Services (CMS) is claiming entitlement to any remaining funds as 12 of the 24 co-ops go through the liquidation process.

A legal showdown is expected over who pays for the co-op debacle that to date has lost at least $1.4 billion in federal solvency loans. The failures have forced the cancellation of health insurance policies for at least 800,000 customers.

The confrontation now pits medical providers against CMS bureaucrats who claim the federal government should be first in line to get any leftover funds.

Senate Committee on Homeland Security and Government Affairs Chairman Sen.[score]Ron Johnson[/score] told TheDCNF, “The co-ops do not have enough money to pay out their enrollees’ medical claims, much less to repay their loans to the taxpayers. Once again,” the Wisconsin Republican said, “American taxpayers will ultimately pay the price of another failure and broken promise of Obamacare.”

“This is more of the wreckage of Obamacare,” said Grace-Marie Turner, president of the Galen Institute and a critic of Obamacare, to TheDCNF. “People bought into it. Many thought, ‘well the federal government is backing these. What can possibly go wrong?’”

Mandy Cohen, CMS’s chief operating officer, was the first Obama administration official to assert the federal government would preempt reimbursements to local or state medical providers. She did so during a Feb. 25, 2016, House oversight subcommittee hearing on health care.

“For federal loans, there is an order of repayment,” Cohen said. “I believe we are at the very top of all of the creditors.”

CMS spokesman Aaron Albright confirmed Cohen’s statement and referred TheDCNF to the Department of Justice for further comment. The department did not reply to TheDCNF’s request for comment.

Cohen’s testimony also puts CMS on the record as ignoring a 1993 U.S. Supreme Court verdict that held the federal government is next-to-last in line for payment in insurance cases and policyholders are first. Cohen claimed the Justice Department will enforce the CMS policy.

In a Jan. 29, 2016, report to an Iowa district court, special deputy liquidator Daniel L. Watkins said he met with CMS officials seeking to recoup funds to pay the bankrupt co-op’s medical providers. “Those discussions have not resulted in any settlement,” Watkins told the court, adding “the liquidator will take appropriate actions” if no agreement is reached.

Watkins told TheDCNF that “there will be a shortfall … there’s no resolution at this point.”

Co-Opportunity Health burned through its 20-year federal solvency loan of $132 million in only two years, according to the liquidator’s report. By Dec. 31, 2015, the co-op only had $61.6 million in assets and $234 million in liabilities.

The liquidator and the court permitted the guaranty association to pay $60 million of $113 million owed to doctors and hospitals, but $54 million remains to be paid by Co-Opportunity Health or another party to reimburse the guaranty fund.

The liquidator reports CMS also owes the state an additional $130 million for promised federal risk corridor payments and $22 million in other receivables. All of the funds are being withheld from the state, most of which would go to medical providers.

State insurance commissioners in 13 other states beyond Iowa and Nebraska are grappling with the same problem of who repays medical providers who supported co-op patients.

One of the most deeply impacted states is New York. The Medical Society of New York estimates that hundreds of millions of dollars are owed to doctors and hospitals due to collapse of Health Republic of New York, the largest Obamacare co-op.

Medical providers in the Empire State support legislation to create a fund that could reimburse doctors and hospitals immediately. That state does not have a guaranty fund for insurance companies like Iowa and New York.

Separately, the New York Department of Financial Services has undertaken an official investigation of the Health Republic co-op, charging it misled regulators about the state of its financial health.

Dennis Edward Julnes, who was chief financial analyst with the Washington State Office of the Insurance Commissioner for more than a decade, told TheDCNF the issue of who gets paid first “is where the potential conflict could be” and that Iowa “is likely a test case.”

Even with the guaranty association, though, Julnes said “insurers are paying the guaranty funds, they get charged, they likely get to reduce their premium taxes that they would pay the states, so taxpayers are bailing out this whole thing.”

Julnes believes CMS was likely wrong as a legal matter in claiming first-payment rights, pointing to a landmark 1993 U.S. Supreme Court ruling in U.S. Treasury vs Fabe. Fabe was an Ohio insurance superintendent who held that policyholders were protected as the first to receive payment and that the federal government was next to last. He won the case.

“The Ohio priority statute escapes federal pre-emption to the extent that it protects policyholders,” the High Court ruled in a 5-4 opinion written by Justice Harry Blackmun.

CMS may also be violating its loan agreements with the co-ops by withholding payments to providers.

A Louisiana loan agreement obtained by TheDCNF states because the solvency loans meet the definition of “risk-based capital” by state insurance laws, they are “subordinate” to policyholder claims.