The watchdog group Judicial Watch announced today that it has obtained documents from the United States Department of the Army revealing that in April 2015, 400 soldiers in the 67th Signal Battalion at Fort Gordon, Ga., were subjected to a “white privilege” briefing, including a PowerPoint presentation instructing the attendees: “Our society attaches privilege to being white and male and heterosexual …”

The slideshow also informed the soldiers that “race privilege gives whites little reason to pay a lot of attention to African Americans.” It alleged that there are unspecified “powerful forces everywhere” keeping different kinds of people from being valued, accepted, and appreciated, but “we act as if it doesn’t exist.” This alleged privilege creates a “yawning divide” in income, wealth, and dignity.  The material described a mythical African woman who isn’t aware that she’s black until she comes to America, encounters “white racism” and discovers the U.S. is “organized according to race.”

The Department of the Army documents were obtained in response to a Freedom of Information Act (FOIA) request seeking:

Any and all materials used in an Equal Opportunity briefing provided on April 2, 2015, to the 67th Signal Battalion at Fort Gordon, Georgia, which included a discussion of “white privilege,” including but not limited to, handouts, PowerPoint presentations, audio/video tapes, course syllabi, and any recordings of the presentation itself.

Privilege exists when one group has something of value that is denied to others simply because of the groups they belong to, rather than because of anything they’ve done or failed to do.

Privilege has become one of those loaded words we need to reclaim so that we can use it to name and illuminate the truth.

Race privilege gives whites little reason to pay a lot of attention to African Americans or to how white privilege affects them. “To be white in American [sic] means not having to think about it” [Quotation not attributed]

Our society attaches privilege to being white and male and heterosexual regardless of your social class.

Imagine a school or a workplace where all kinds of people feel comfortable showing up. [sic] valued, accepted, supported, appreciated, respected, belonging. [sic] Something very powerful keeps this from us.

The truth of this powerful forces [sic] is everywhere, but we don’t know how to talk about it and so we act as though it doesn’t exist

The trouble we’re in privileges [sic] some groups at the expense of others.

It creates a yawning divide in levels of income, wealth, dignity, safety, health and quality of life.

Consider the “black woman” in Africa who has not experienced white racism and does not identify herself as a “black woman”.  African, a woman, but not black.

She only became “black” when she came to the U.S. where privilege is organized according to race, where she is assigned to a social category that bears that name and she is treated differently as a result. [Emphasis added]

The trouble we’re in can’t be solved unless the “privileged” make the problem of privilege their problem and do something about it.

The fact that it’s so easy for me and other people in dominant groups not to do this is the single most powerful barrier to change.

Though news of the indoctrination incident was briefly reported in Stars and Stripes shortly after it occurred, only one of the above slides previously has been made public. Confronted with the information at the time, an Army spokesperson claimed the presentation was not officially sanctioned.

Judicial Watch previously obtained Defense Department equal opportunity training materials that depict conservative organizations as “hate groups” and advise students to be aware that “many extremists will talk of individual liberties, states’ rights, and how to make the world a better place.” And last month, Judicial Watch uncovered Air Force Academy documents that show how the Academy used its “Chapel Tithes and Offering Fund” to pay for cadets to participate in worship services featuring witchcraft, “Faery Magick,” and voodoo.

“Outrageous – that is the only word to describe this type of raw racist indoctrination,” said Judicial Watch President Tom Fitton, who added:

The Obama administration undermines the morale of our military with morally repugnant ‘equal opportunity’ that makes many soldiers feel unwelcome because they are the wrong sex, race, religion or aren’t part of a politically correct group.

Cartoon of the Day: Who nose best?
Next Post
Gov’t greed: Doctors and hospitals are getting stiffed when Obamacare co-ops fail 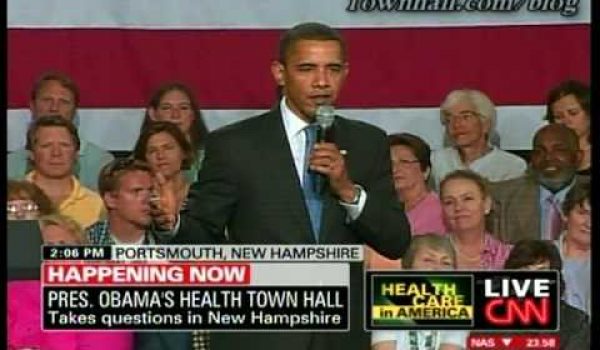