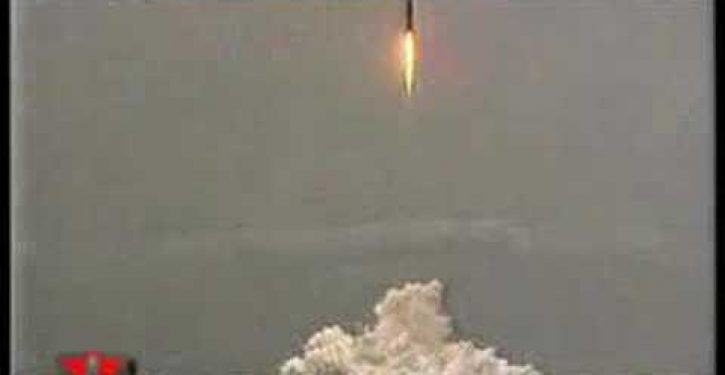 This is likely to go over the heads of the 99% of Americans who have no idea Obama will be hosting a nuclear security summit on 31 Mar and 1 April.

But Russia knows – and, as reported previously in this space, Russia isn’t going to be there.  The Russians don’t want the same things in nuclear security that Obama does, such as enforcement “teeth” for IAEA.  And they’re not willing to attend merely for show, apparently.  They’re just not that into Obama these days.

It’s a big deal that they won’t be there.  Russia’s absence will mark a very telling departure from the U.S.-Russian unity on the matter of nuclear proliferation, and nuclear cooperation in general, since the late 1980s.  This is a major pillar of the international order showing strong signs of collapse.  And by not attending, Vladimir Putin clarifies that that’s OK with him.

Don’t let that just blow past you.  Think about what it means.  Putin has decided he no longer needs to pretend that the old international order is important to him.  He won’t default to paying it homage anymore.  He feels free to adopt this posture because of American weakness under Obama, of course.  But the point here is that we can expect him to not feel deterred now, from the things he really wants to do.

With the summit nearing, Russian media are reporting that two of the Russian navy’s modern Borei-class ballistic missile submarines are preparing to get underway for a missile salvo firing.  The Boreis carry 16 Bulava missiles each: intercontinental-range ballistic missiles (about 5,100 statute miles) with MIRVed warheads.  They’re expected to conduct any missile launches from the Barents Sea, north of the Arctic Circle.

One report, originally from Izvestia, indicates that one of the submarines will try to fire all 16 missiles in a sustained salvo – a feat only accomplished once, and not attempted since 1991.  Reportedly, the launching submarine is to be submerged for the attempt, which makes it even more challenging.

The Barents Observer notes that TASS says the salvo will consist of only two missiles.  But while I certainly agree with this retired Canadian general that we shouldn’t “overdramatize” the reporting, it’s not overdramatizing to take the Izvestia report seriously.  Besides the fact that the Russians have already launched a 16-missile salvo* (something the U.S. has never done), the environment of media freedom has been shifting inside Russia for several years now – and that means Izvestia doesn’t just make sensational stuff up about national security activity.

It’s probable that there is, in fact, an intention to attempt a 16-missile salvo at some time in 2016.  It may or may not be soon.  The Russian authorities could well be shaping expectations with multiple leaks conveying different messages; one of the leaks is going to turn out to be accurate, and there’s no guarantee a 16-missile salvo will go off as planned.  If it doesn’t, the two-missile-salvo leak will be the one that was right.  But it doesn’t hurt to remind the world that Russia is capable of a heroic, “behemoth” salvo.

And the timing is such that the salvo could be planned to coincide with Obama’s nuclear security summit.  There would be two big reasons for signaling such intentions in advance.  One would be to ensure that the salvo was not a four-alarm surprise to NATO Europe.  Some signals shouldn’t be sprung on the world too disruptively.

But the other is that sending a signal in advance is a way of deliberately laying out a larger geopolitical divergence between Russia and the United States.  It’s a very martial, power-move way of saying that Russia is dropping fealty to the old order and intends to act with strategic independence of it.  All bets are off: Russia will do what she wants, and won’t submit her nuclear arsenal, or other nuclear operations, to the veto of other nations.

For those who’ve gone leaping and skipping ahead: yes, this means multilateralism is dead.  Obama’s summit is meaningless.  It’s his fourth such summit, and ironically, his final summit will be more meaningless than his first.

It will have some meaning in an inverted sense, however.  Russia’s absence will tell the world that the Obama summit is indeed nothing but a paper drill – if the world can’t read that from the alarming march toward nuclear proliferation in the Eastern hemisphere since Obama started holding these summits.

And if Putin cuts Didoes with his nuclear forces during the summit, as Russia has been prone to do (see here and here as well), the signal will be in-your-face unmistakable.  Don’t hold back, Vlad.  Tell us how you really feel.

* The salvo was conducted by a Delta IV-class submarine with SS-N-23 “Skiff” ballistic missiles, on 6 August 1991.  See video below.  The feat hasn’t been brought off (or attempted, as far as we know) by the Borei.

The timing of the two Russian (or “former Soviet”) attempts to bring off a 16-missile salvo was interesting.  The first date was 6 August 1989, but the attempt didn’t pan out.  The Soviet navy tried again on the same day – 6 August – in 1991.  The second time, it succeeded.

Remarkably, the date of the second attempt was six days after Mikhail Gorbachev and George H.W. Bush signed the START I Treaty (31 July 1991).  Quite a send-off for the landmark treaty.

START I didn’t go into effect until December of 1994, in large part because a coup against Gorbachev, by Kremlin hardliners (including senior military officers), was mounted 12 days after the 6 August 1991 salvo.  (Which means it had been in planning at the time of the salvo.)

Although Gorbachev weathered that coup, he was removed by another one at the end of December 1991, and the Soviet Union collapsed forthwith.  It was another three years before the new Russian Commonwealth was stable enough to implement a modified START that satisfied both the U.S. and Russia.

It’s always well to keep in mind that “success,” in nuclear treaties with Russia, consists mostly in having fewer instances of cheating, bad faith, and ridiculous implementation problems. What should really concern us about Putin’s absence from the Obama nuclear summit is the clear signal that Russia doesn’t respect us anymore.  With Russia, respect is better than a signature every time.