But the venue wasn’t the only difference between this debate and previous ones. In last night’s post-debate coverage on MSNBC, anchor Ari Melber turned the floor over to NBC reporter Kristen Welker, who was supposed to provide viewers with an interview with Clinton Director of Communications Jen Palmieri.

Due to a technical glitch, however, Welker was unable to hear Melber’s voice initially and was therefore unaware that she was on-camera live.

In the video that follows (via Mediaite), the reporter can be plainly heard providing Palmieri with a crib sheet. Fourteen seconds into the video, Welker says, “And I’m going to ask you about Flint.”

To be sure, once the interview was underway, Welker’s first substantive question was about the water crisis in Flint and candidate Clinton’s changing position on it:

Let’s start with the issue of Flint.… Tonight she [Clinton] came out for the first time calling for the resignation of the governor. Why tonight, and was that a last-minute decision to flip-flop?

Asking gotcha questions is part and parcel of the job description for journalists in this age of instant news. The moderators in last week’s Fox debate asked GOP candidates some fairly tough questions.

The biggest problem with gotcha questions is when the interviewee is given the questions in advance, which hardly make them “gotcha.”

Cartoon bonus: Most deadly game
Next Post
Video: Prager U asks whether Bush lied about WMDs in Iraq 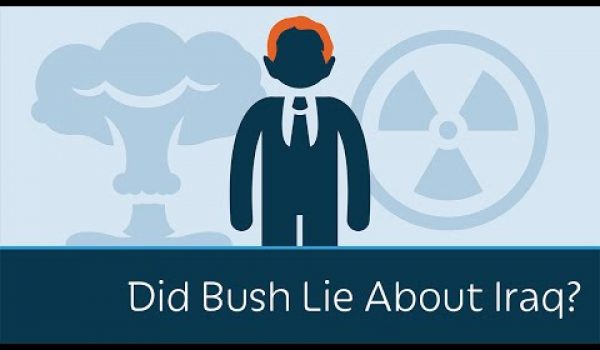